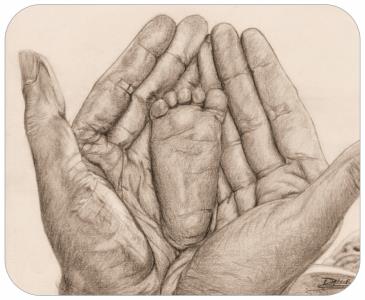 Most people accept that life, to at least some degree, depends on love, because we recognize that babies need food, shelter and affection, which they cannot arrange for themselves in the absence of loving parents and kin.  But the idea that we have a need to care for the entire web of life and people is only beginning to be explored in Western countries.

The emergence of industrial society and its long-lived toxic by-products, from pesticides to leaking nuclear waste vats, has fundamentally changed our relationship to the natural world, the ground on which we stand. For eons, wrecking the planet has been beyond human reach. But our impact on the Web of Life is now so large that I am drawn to the conclusion that complex life will only continue on Planet Earth if we care for all creatures as if they were our beloved children.  A consensus is gradually emerging that there will only be higher forms of life (life beyond insects and bacteria) if we work now to preserve places where that life might unfold.

There are no more wild places, untouched by humans.  Among many examples, the fallout from our nuclear tests and accidents is now everywhere on Planet Earth.  The entire Earth has become our garden, to love and nurture or to exploit and ruin, as we see fit. For a while we were dazzled by the mind-boggling powers delivered into our hands by industrialization.  Now we are beginning to contemplate the mind-boggling responsibilities that come with such enormous power. Will we rise to the occasion and meet this crisis with an heroic love for all creatures great and small? From the point of view articulated by Joanna Macy and the “Work that Reconnects”, one could say that all the life of the future needs our love today. 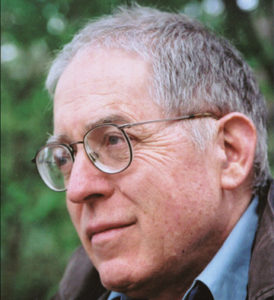 Dennis Rivers, MA, is an itinerant writer, teacher, blogger, publisher, and peace activist living mostly in the San Francisco Bay area. Deeply influenced by Joanna Macy over the past twenty years, Dennis is devoted to exploring, living, and celebrating the connections between the Work That Reconnects and the spiritual and political visions of Mahatma Gandhi and Rev. Dr. Martin Luther King Jr.
Dennis studied at the Vermont College Graduate Program, UC Santa Barbara, and the Graduate Theological Union in Berkeley. In 1978 Dennis and a circle of friends were arrested for the felonious planting of wildflowers seeds on a nuclear reactor site; he has been an anti-nuclear activist ever since. www.LiberationTheology.org; www.EarthCitizens.net; www.companions-in-blessing.org.