The largely unconscious guilt we bear — knowing that, as a species, we have become a weapon of mass destruction–is unparalleled in the history of humankind and that of the Earth.

In many ways, the pain we feel for the ailing Earth tests our human limits. The largely unconscious guilt we bear — knowing that, as a species, we have become a weapon of mass destruction–is unparalleled in the history of humankind and that of the Earth. It is therefore not surprising that the average industrial citizen delves into a perennial search for distractions of all kinds so as to avoid looking into the inner abyss of anxiety and pain. The instant gratification brought about by the acquisition of the new iPhone or the latest automobile aggravates the situation as it sets in motion a series of addictive cycles of consumption that carry our attention further away from what is happening to the Earth.

A key distracting strategy of the industrial system is to reinforce the illusion of a separation between humans and the rest of nature. The apparent split widens due to a cascade of unconscious reactions on the part of citizens that impede the establishment of a harmonious relation between our beliefs and habits and our actions and potential for change. The pull toward instant gratification characteristic of industrial societies and the constant repression of feelings, thoughts, and emotions about what we are doing to our common home, synergize and become one of the most potent forces underlying destructive human behavior.

For a person immersed in the “matrix” of the industrial system, a shift of societal structures is tantamount to a crisis of identity.

Even ecologically inclined citizens may be unwilling to confront the repressed psychological dynamics associated with the great unraveling of the Earth’s systems. To awaken from this situation involves offering our attention to the state of the world. It involves questioning the viability of the support structures of everyday life while opening to the possibility of their collapse. For a person immersed in the “matrix” of the industrial system, a shift of societal structures is tantamount to a crisis of identity.

In light of the alienating behaviors advocated by the industrial system and the psycho-emotional responses that reinforce our anthropocentric confusion, where can we find the energy to free ourselves and connect with genuine alternative sources of planetary wealth and well being?

From alternative fuels to psychic energy

The magnitude of the ecological crisis requires the implementation of different eco-technologies in order to clear the way toward a healthier, more sustainable and fulfilling future. From alternative means of transportation, food production, bio-fuels, and waste management, to non-violent communication, participation in support groups, and activist strategies, an ample spectrum of possibilities is much needed. In co-creating a viable future, there is one resource that precedes all others and which is often taken for granted or completely overlooked: the human mind.

A key agent that energizes the landscapes of the mind has been recognized since at least the beginnings of depth psychology in the first decades of the 1900’s. Freud considered that libido, instinctive and biological in nature, was the primary force that propelled human desires and needs, especially sexuality. Freud’s theory of sexuality was based on the idea of libido as the ruling force of the psyche that governed the fixation on pleasure, the fundamental instinct of the human species. Thanks to the work of Carl Jung, who at the time was Freud’s preferred student, libido was released from a strictly sexual and instinctive understanding.

For Jung, libido constituted the psychic energy necessary to provide meaning and dynamism to the contents of the mind. This mental energy served as fuel for the various human activities—physiological and intellectual, creative and transformative. The contents of the mind constellate around archetypal centers that are nurtured and activated by the influence of psychic energy. In turn, these archetypes, the primary organizing forces of the psyche, have a direct influence on human behavior through repeated experiences, cultural codes, and interpersonal interactions, including their particular spiritual magnetism. The prevalence of a certain psychological habit indicates the activation of an archetypal core due to the increase of psychic energy associated with it. 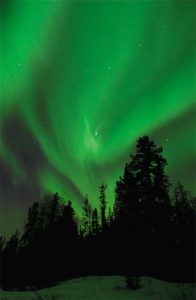 Psychic energy for Jesuit paleontologist Pierre Teilhard de Chardin was not a unique occurrence of the human species but a universal force. From such an inclusive perspective, the organization of the various elements that compose the Earth, the universe, and all living beings is the result of varying degrees of condensation of the psychic energy that underlies creation. The concentration of psychic energy enables matter to complexify and give way to living beings endowed with the ability to further internalize this omnipresent energy, thus creatively contributing to the evolutionary journey. The deepening of psychic energy through myriads of beings and the complexification of matter constitute the chief ways that the universe explores itself.

Psychic energy plays a crucial role throughout creation — from the human sexual drive, the harmonious development of the individual, and the enactment of healthy and fulfilling social behaviors, to the occurrence of creative and transcendent impulses and the evolutionary journey of the Earth and its cosmic context. In the case of the industrial human, the psychic energy that would otherwise serve as a faithful evolutionary ally is trapped in addictive cycles with a shamefully high ecological cost and an insidious erosion of our psychological landscapes and creative potentials.

There is a great need for generating strategies alluring enough to mobilize the psychic energy trapped in the anthropocentric illusion of unlimited material progress. Here is the crux of the quest for an adequate way to face the repressed dimension of psycho-emotional responses to what is happening to the Earth and the great unraveling of the world around us. Geologian Thomas Berry puts it this way, “The main difficulty in replacing the industrial order is not the physical nature of the situation, but its mythic entrancement.”2 In other words, through conscious and communal efforts, the repressed psychic energy that constantly feeds the industrial system needs to be converted into a conscious ecopsychic energy in alliance with the Earth.3

The release of psychic energy from its industrial prison to creatively face the ecological crisis involves a process similar to recovering a lost fragment of soul.

The release of psychic energy from its industrial prison to creatively face the ecological crisis involves a process similar to recovering a lost fragment of soul. There is a loss of soul at a collective level that translates into a pandemic dissociation due to the eco-trauma that results from the enforced sense of disconnection between humans and the Earth. The bio-phobic functioning of the industrial system obstructs the recovery of the lost fragments of soul and actively prevents the free flow of ecopsychic energy both at personal and collective levels. The retrieval of this ecopsychic energy restores the human mind as an open system in tune with the various feedback loops of its surroundings, free from restrictive industrial codes. Through this process, the bio-philic tendency of the human mind paves the way toward the co-creation of a brighter future.

In the same way that the psychic entrancement of industrial societies is supported by certain key symbols and stories, the release of ecopsychic energy needs to be rooted in myths and narratives of deep psychological significance. In an interview with Bill Moyers, renowned mythologist Joseph Campbell proposed that the mythology of the future, understood as the constellation of stories that give meaning to personal and collective psychic energy, will conceive of the whole planet as its central reality.4 Our common home, the Earth, is the central symbol and primary source that serves as a guide to awaken the symbiotic impulse that will weave our humanity into the planetary community. The myth of unlimited progress that climaxes in the image of an eternal and immutable paradise beyond the confines of the planet needs to be replaced by a celebratory, sacred, and respectful story of both immanent creation and transcendent mystery.

Our dreams, desires, impulses, and deepest longings are human expressions of the world’s creative potential.

Ecopsychic energy is freed and activated by means of archetypal symbols that champion a sense of reverential reciprocity with the Earth. Amongst the many powerful symbols of unity and belonging to the world we find the “great mother,” the “web of life,” the “medicine wheel,” the “tree of life,” and many others. An essential step in reorganizing ecopsychic energy is the recognition that the very source of the dynamism of the human mind is found in “eco,” our home, the Earth. The psychic nectar that animates the landscapes of the human mind derives from the subjectivity of the planet and the whole cosmos. Our dreams, desires, impulses, and deepest longings are human expressions of the world’s creative potential. This humbling recognition opens the passageway from psychological bigotry to ecopsychic allegiance to the tapestry of life, an inclusive awareness nurtured by life-affirming archetypal images and their associated mythologies.

The shift toward societies in harmony with life largely depends on the emotional and psychological health of its inhabitants, intimately tied to the availability of ecopsychic energy. Any technique or practice that helps restore a sense of internal equanimity and belonging amidst the isolating bombardment of the industrial system is an ally in the reconfiguration of ecopsychic energy: meditation, breathing and emotional management techniques, home-scale gardening and permaculture, and certain somatic disciplines, are just some of the options available. Although they may not seem related to what is happening around us, these and other practices have a direct influence on our psycho-emotional make-up, and hence on the way in which we relate to ourselves and the world.

In relation to our current ecological woes, the free flow of ecopsychic energy serves as a catalyst to heal and transform the roots of environmental destruction and social disparity found in the depths of the human mind. To perform such an alchemical feat involves the activation of psychological realities more in tune with the vibrancy of the other-than-human world and the well being of future generations as a way to gradually recover previously dissociated psychic fragments. The generative energy of life itself, the ecopsychic energy that flows through all of us like a mighty river tumbling down the mountain, is an essential ally in shifting from a predatory to a celebratory mode of being.

Adrián Villasenor-Galarza, PhD, is dedicated to exploring the sustainable and regenerative depths and heights of humanity’s potentials. He’s the author of Bioalchemy and Sanación ancestral [Ancestral Healing], the author/editor of the Gran Giro [Great Turning] anthology, and the Spanish translator of Macy’s and Young Brown’s Coming Back to Life. Adrián works internationally with groups and individuals on personal transformation, soul tending, ecopsychology, ancestral healing, eco-ritual, and education for the Earth. He’s putting together the first Latin American intensive training on the Work That Reconnects this summer (2017) in México. For more information visit: living-flames.com and bioalkimia.org

2 thoughts on “Evoking the Great Turning from the Inside Out”