Count me among those who believe that our (homo sapiens’) linages, traced either collectively or individually, cannot be sharply divided or characterized into one clean ethnic, tribal, or national designation. Human history is not easily divisible in to Black, White, Red, Asian, and Hispanic, really. However, I also join with William Loren Katz when he says, early in his book, Black Indians: A Hidden Heritage, “Those who assume that a people have no history worth mentioning are likely to believe they have no humanity worth defending.”

We all swim in a sea of illusionary, unnatural discontents that evolved over the centuries of our existence here on this planet since the dawn of the agricultural revolution that exacerbated our disunity. WTR guides us to reopen our hearts and our minds to the appreciation and understanding of a less-illusionary, more holistic Weltanschauung that experiences the connections that are present and that appreciates and forgives the antagonistic pleiotropy of our so-called civilizing cultures.

That I, as an African American, have naught but a foreshortened and indistinct whisper of a personal linage beyond my grandfather is an abrogation of my humanity that I feel as I might feel a missing limb. My exploration of that missing knowledge of myself should not be seen as an attempt at disunity nor of blaming. I see it as an effort to find balance and wholeness.

That I, as an African American, have naught but a foreshortened and indistinct whisper of a personal linage beyond my grandfather is an abrogation of my humanity that I feel as I might feel a missing limb. My exploration of that missing knowledge of myself should not be seen as an attempt at disunity nor of blaming. I see it as an effort to find balance and wholeness. I feel called to uncover what history took from me: a solid sense of my ancestors that goes as far back in history as will give me deep knowing of full connection and identity to humanity in all of humanity’s splendor and degradation. I believe that I stand today with more than just the heritage of an enslaved people.

This is not a mind-thing. It is an emotional connection with my personal indigeneity. Emotions, particularly deep emotions, are impossible to describe. We can recognize aspects sometimes through our empathic faculty, including the childhood ‘mirror’ cells in human brains that allowed us to learn to be human in the absence of language. It is family, extended family, historical family, and a culture that does that ‘teaching’ of those ‘mirror’ cells and the shaping of our conscious symbol making.

Language provides a marker of that which is empathically recognized. These, external markers for ancestor appreciation and signs of the importance of personal identification with ancestors, blare-out at me in many places and in many ways. We have, for example, the “begets” in the Judeo-Christian texts. And we have in many Native American cultures the introduction of oneself to an unknown person through the recounting of the names of ancestors. And there are surnames. All of us learn through stories that get ‘worn’ and shaped into myths and rituals that guide us.

I can only say that my grandfather was a slave as a child and that my father was named after him and I was named after my father. Our surname, Riles, is undoubtedly directly or indirectly derivative from some plantation owners name.  On my mother’s side, my grandfather was a ‘straw boss’ who was hired by the owner of the land to keep sharecroppers ‘in line’ through the use of a horse and a gun. This grandfather was thought to be a son of the land owner, even though this parentage was denied by the landowner. I was told that one of my great-great grandmothers on my mother’s side was a full-blood Native American; although the tribe and the circumstances have remained unclear. The rest of my linage is untraceable and is naught but whispers and personally-detached generalizations.

My lack of an articulable, traceable linage is the consequence of conscious, deliberate acts.

My lack of an articulable, traceable linage is the consequence of conscious, deliberate acts. This fact is galling to me but it did not hinder my desire for connection or my search for connection.

It is one thing to voluntarily give up one’s heredity and indigenous culture and to ‘luxuriate’ in an adopted national culture that is affirming and supportive of one’s individual identity; it is quite another thing to have personal heritage torn away and indigenous culture severely suppressed and to be left struggling in a foreign culture that is denigrating and dehumanizing.

It is one thing to voluntarily give up one’s heredity and indigenous culture and to ‘luxuriate’ in an adopted national culture that is affirming and supportive of one’s individual identity; it is quite another thing to have personal heritage torn away and indigenous culture severely suppressed and to be left struggling in a foreign culture that is denigrating and dehumanizing. Historians have records that show that stolen Africans were severely discouraged from using their tribal languages, were quickly separated from fellow tribal members, had their families broken apart, were stripped of tribal symbols, and had their practices suppressed. For an indigenous people whose personal identity is inseparable from family and community, these conscious acts of enslavement were extreme and landed, almost, mortal blows that many did not recover from. As a community, African Americans have not healed and there is no form of reparations that can repair what was done.

In 2006 I heard of a small group of geneticists who had graduated from Howard University who had collected a sampling of DNA from individuals from tribes in all parts of Africa. They called themselves African Ancestry and they offered the service of comparing client’s DNA samples to those in their collection to evaluate which tribe one’s DNA was more similar on one’s mother’s side and on one’s father’s side. The roots of this ‘science’ are riddled with active racism. That African Ancestry is peopled by African American graduates of the premier African American educational institution that was founded by the first director of the Freedman’s Bureau offsets some of my emotional trepidations about relying on the machinations of a science that was originally used to dehumanize my ancestors. I sent my sample to them hoping that knowledge that seemed to be denied me might be uncovered.

Three weeks later I received a report that on my mother’s side my DNA best matched with the Ga people of Ghana. On my father’s side my DNA matched best with the Bamileke of the Cameroons. I sat with this information for many months. In 2009, I received some corroboration of this connection when my older sister went to Ghana and went to the area occupied by the Ga people. Because of her facial contours, she was greeted as a member of that tribe. Ever since then I have had numerous occasions to introduce myself and identify myself as a descendent of those tribes. This has felt good even though this conclusion is based on scientific judgements and assumptions that I am not capable of making. I know nothing of Ga or Bamileke language or culture and there are no experiential, historical connections that I know about. This is a thin thread or whisper upon which my identity hangs. This is truly analogous to a ‘phantom limb’ sensation and like those physical sensations when a limb is amputated, my sensations of connection are not free of pain.

This is truly analogous to a ‘phantom limb’ sensation and like those physical sensations when a limb is amputated, my sensations of connection are not free of pain.

In 2014 I took the other DNA test. This one made more general comparisons of collective continental genetic drifts. These results “reflect genetic ancestral affinity…to a reference data set of 5 populations:” Indigenous America, East Asia, Sub-Saharan Africa, Europe, and India Subcontinent.  My admixture percentages were evaluated as 78% Sub-Saharan Africa and 22% Europe. Although this test has become the most popular ancestral genetic analysis, I found it minimally helpful. Recognizing the major role that sexual exploitation played in the U.S. enslavement industry, no African American should be surprised by the revelation of significant European ‘affinity’ in their ancestral genetic compliment. Neither should 40% of African Americans be surprised by having an admixture of Indigenous American heritage.

However, Africa is a continent named after an obscure North African tribe by the Romans.  Almost no immigrant from the continent would consider his/her identity African until they had spent some time in the U.S. or Europe; they feel that they are Ghanaians or Ethiopians or members of the Ga tribe or they are Fulani. It is almost meaningless to consider oneself African outside the concretized, imbedded-in-culture, institutionalized racism of Western civilization. After all, all humanity can say they have African heritage since the human race originated there. This second DNA test allows us to continue to sit comfortably, essentially in the constructed illusions of white supremacy. It leaves the gap in my knowledge of myself still unfilled.

Having some information of my personal linage is a blessing. It allows me to remain open to the discovery of more connections and deeper emotions.  I believe that I am less subject to the anticipation of more and direct pain in the rediscovery of self. I can sense my own indigeneity. I am less inclined to deny that to others. 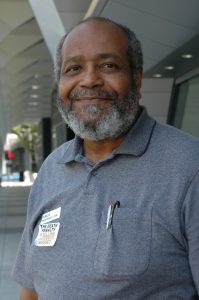 Wilson Riles was appointed Administrative Assistant in 1976 to newly elected Alameda County Supervisor, John George. He worked with George fighting for a decent health care system, alternatives to incarceration, against apartheid in South Africa, for bi-lingual education in schools, and housing and services for the homeless. In 1979, Wilson Riles ran and was elected to the Fifth District seat on the Oakland City Council. Wilson served on the Council until 1992. He is the son of Wilson Riles Sr. who was elected State Superintendent of Public Instruction for the State of California in 1970. As a Council Member, Riles engineered the City’s commitment of $1.3 million from the Redevelopment Agency for the schools’ Academies programs. He was instrumental in the defeat of the INS establishment of a privately run detention facility in Oakland. Riles was the principal Council member responsible for both Oakland’s Anti-Apartheid Ordinance and Oakland’s Nuclear Free Zone Ordinance. Wilson served as Regional Director of the American Friends Service Committee (AFSC), Pacific Mountain Regional Office, from 1991 to 2001. Wilson is the partner of Patricia St. Onge. He is the father of six daughters and grandfather of seven. PayPal contributions can be sent to his email address at [email protected]