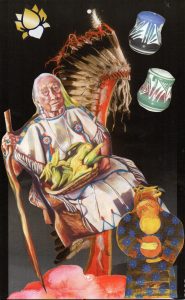 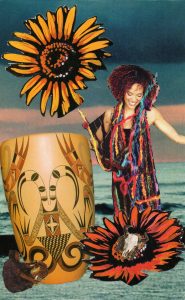 I’m Haudenosaunee (Mohawk) and French Canadian, adopted Cheyenne River Lakota.  My daughters are all that and African American. Between us, my partner and I have 10 grown children (6 daughters and their spouses); straight and queer, Black, Indigenous, Chicano and White.  I’m a member of Idle No More SF Bay, and part of a circle of indigenous grandmothers.  I sit on the edge of the Movement for Black Lives as a mother, loving and supporting my grown children, some of whom are fully immersed.

My daughter Karissa shared a Facebook post that expressed frustration about the outpouring of support for Standing Rock that looks different from the support for BLM. I understand the frustration.  I also know that we romanticize Indigenous people and lifeways in much the same way that we demonize Blackness.

The post led to a rich discussion about the connections between Standing Rock water protectors and the Movement for Black Lives.  I know there are delegations of BLM folks who’ve been to Standing Rock to stand in solidarity.  There’s an intuitive sense that the two are interconnected.  I have some thoughts about how to put language around it.

There’s something about this moment that feels like a phase shift.  I think of a historical phase shift as akin to that spit second when water turns to steam.  If you don’t know how evaporation works, it can easily seem spontaneous, even magical. We do know how evaporation works. Heat has to be applied to the water; it simmers, and then boils for some time before it actually turns to steam.

The heat that led to this national phase shift got turned on at the moment of contact; when Europeans landed here.  As soon as the Nations already here saw that the colonizers’ intentions were to take everything they wanted, without recognizing they were meeting their relatives, there emerged a culture of resistance. A spark was lit.  Across the waters of our Mother, Earth, another spark was lit when the Westerners landed in Africa. As people on both continents were captured, enslaved, murdered, raped, the spark in each land grew.

In our time, Black lives Matter, and the Movement for Black Lives turned the spark once again into a blazing fire.  They heated the water, past its long, long simmer. They turned it to a rolling boil. When Standing Rock Sioux Tribe and neighboring Lakota Nations saw the black snake of the prophecies materialize in the form of the Dakota Access Pipeline (DAPL), they were lit by the fires that had been rekindled by the Movement for Black Lives.  The two flames live in the hearts and minds and spirits in both communities.  Like my children, they both live in many bodies as well.  There’s no need for ‘Oppression Olympics’ here.  Black people and Indians come from the same fire.

There’s a long history of that fire burning, sometimes blazing, other times just barely a spark.  Looking back on first contact with settlers on both continents, when it was clear that neither People could be fully subjugated in their own homelands, Gambians, Ghanaians, Sierra Leonians, by their own names for themselves, were shipped over to this continent uprooted and stripped of the capacity to speak their Native languages. Children were sold away from their families.  The spark of language and ceremony was kept, barely alive, by the ancestors who were praying for and thinking about the generations to come. In all the ways they could, they resisted dehumanization.

Here on this continent, in neighboring communities, the spark grew; also in secret, as ceremonies were outlawed.  Children were extracted from families, sent to boarding schools, or adopted out.  Still, the spark grew; sometimes rising to flames bright enough to light the hearts of those who had lost touch with who they really were.

Then, the poisons would come; hoses, dogs, bullets, crack and alcohol; tools of oppression meant to steal the souls of those on whom they were unleashed.  But, because of the spark of resistance, the poison water, while it had some effect on its intended targets, splashed back and deadened the souls of those who were pouring it out.

When the Pope and the Monarchs sent Europeans, who were just finished devastating the Moors (Muslims) via the Crusades, out the “discover” “new” lands, they sent them with what they saw as God’s mandate to claim any land they found for the monarchy.  God was on their side as proclaimed in the Doctrine of Discovery. Armed with that sense of purpose, there was no room in their hearts and minds for curiosity. They expected to meet no humans along the way.  So, they didn’t see any; instead they saw property.  From this lack of imagination, the inability to see the relatives who stood in front of them, grew the need to see everything and everyone as a commodity.  The land had no sovereignty.  It became real estate.  The water wasn’t a relative, it was a ‘thing’ to extract, exploit and destroy.  This is the legacy of the settler world view.  Yet, as all that happened, and continues today, the spark of the flames of resistance continues to grow.  The descendants of those colonized and those enslaved can find courage and strength in the legacy of the fire. Some of the descendants of the colonizers are waking up to their legacy too.

My invitation is that we, Indigenous and Black Peoples, find the courage in our legacies, and come together as relatives, to continue to come back to the fire.  Together, as we liberate the land, the water, the air, and all our relatives (four legged, swimmers, flying ones, standing ones, etc.), we will find our collective liberation.

In that space of liberation, may we unleash our imaginations to build on the legacy of resistance.  As the Hopi say, we are the ones we’ve been waiting for. 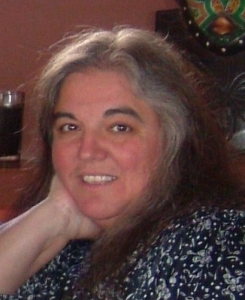 Patricia St. Onge is the founder and a Partner at Seven Generations Consulting and Coaching, where all of the work is culturally based. Deeply rooted in the concept of Seven Generations, we honor the generations who have come before us, are mindful of those yet to come, and recognize that the impact of the decisions we’re making now will last for seven generations. Patricia has worked to support progressive social justice movements for all of her adult life.  She’s worked as Executive and Interim Director of more than a dozen non-profits. Patricia is adjunct faculty at Mills College in Oakland CA and Pacific School of Religion, Berkeley, CA. She serves on the Board of Directors for the Highlander Research and Education Center in Tennessee. Of Haudenosaunee (Mohawk) and Quebecoise descent, and adopted Cheyenne River Lakota, Patricia is a member of Idle No More SF Bay, and The Peoples’ Nonviolent Response Coalition. Between them, she and her life partner Wilson Riles, have ten grown children and eight grandchildren.  She is part of a growing community called Nafsi ya Jamii (The Soul Community), an urban farm and retreat center in East Oakland, CA. PayPal contributions can be directed to the following email address: [email protected]

2 thoughts on “Two Peoples, One Fire”