In the first part of November 2018, I had the opportunity and privilege to offer the Work That Reconnects in China, as a board member of the Holistic Centers Network.  All the board members were invited to participate in the first Holistic International Wellness Forum in Beijing. Each of us were asked to do a 30-minute presentation at the conference, and I followed up with a 3-hour workshop introducing the Work That Reconnects.

I arrived at Beijing airport in the late evening and was welcomed warmly by the translator. I was quickly ushered off to our driver, who merged into a sea of late model cars that clogged the Beijing Airport. I learned that 20 years ago, roads in China were absent of automobiles; only bicycles and motorcycles were the primary mode of transportation. But this is modern Beijing, a city of twenty million, living in dense clusters of high-rise apartments throughout the city. 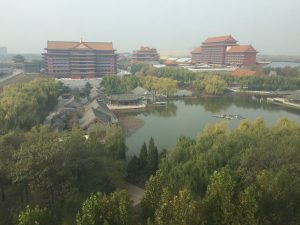 We arrived at the Fuan Gong Hotel, part of the “Grand Epoch City” located in the Xianghe Economic & Technical Development Zone of Hebei Province.  This area is a 1/6th scale model of the old walled city of Beijing . It contains temples, fountains, ponds, a 27-hole golf course, among other things, and has hundreds of thousands of replicas; all within the “city’s” walls.

I was surprised by the grandeur of this palatial hotel and how graciously we were treated throughout the entire conference. This being my first time in China, my knowledge of China was quite limited. I knew that it was run by the Communist Party and that economic reforms began in 1978, soon after the death of Mao Zedong. China is a land of contrasts: coal-burning plants, citizens wearing masks to protect from the air pollution, traffic congestion. Yet China is also leading the way in creating life-sustaining technologies and eco-villages.

The conference hall was equipped with all the modern media equipment, an array of lighting, and professional Masters of Ceremonies. It felt like the Academy Awards in the United States. The 700 conference attendees represented social services, hospice, early childhood education, and many other socially conscious professionals. I could feel the genuine interest in what it means to be ‘holistic’ and intimately interconnected. Many of the Western presenters shared their own journeys of transformation and personal growth in relationship to the development of their own centers, including Findhorn, Omega Institute, the Haven, Breitenbush Hot Springs, and Esalen.

The power of the heart moves us forward into a new era.

Since the theme of the conference was ‘The power of the heart moves us forward into a new era,’ I chose the Work That Reconnects as my presentation and workshop topic. This work has been offered at many of the Western centers that were represented at the conference. China is new territory for the Work That Reconnects, and as far as I know, only a few facilitators of the Work (Della Duncan and Hide Enomoto) have offered workshops in China.

I created a Powerpoint presentation for an overview of the Work That Reconnects, which included open sentences on the Great Turning, a short video from Joanna Macy on ‘Befriending Our Despair,’ and ended with inviting the 700 participants to stand up behind their seats and sway to the beautiful music of the Elm Dance. Many participants asked where to get the music, and I found out later that a group of kindergarten teachers wanted to teach the dance to their children. As Western presenters, we were subject to endless selfies with the participants, as an expression of their gratitude.

The 3-hour workshop the following day was attended by 90 people. Again, the enthusiasm and openness they showed was quite moving as we went through the Spiral. After a milling exercise, we moved into open sentences on gratitude, viewed the trailer of Midway by Chris Jordan to segue into Honoring Our Pain for the World, followed by open sentences.  We ended with the history and teaching of the Elm dance.

As a Westerner, there is much to learn about Chinese culture, politics, and how spirituality has evolved after the death of Mao.

As a Westerner, there is much to learn about Chinese culture, politics, and how spirituality has evolved after the death of Mao. Religion is part of belonging to a community. The long tradition of rituals and faith in China has more significance to the Chinese people than religion. 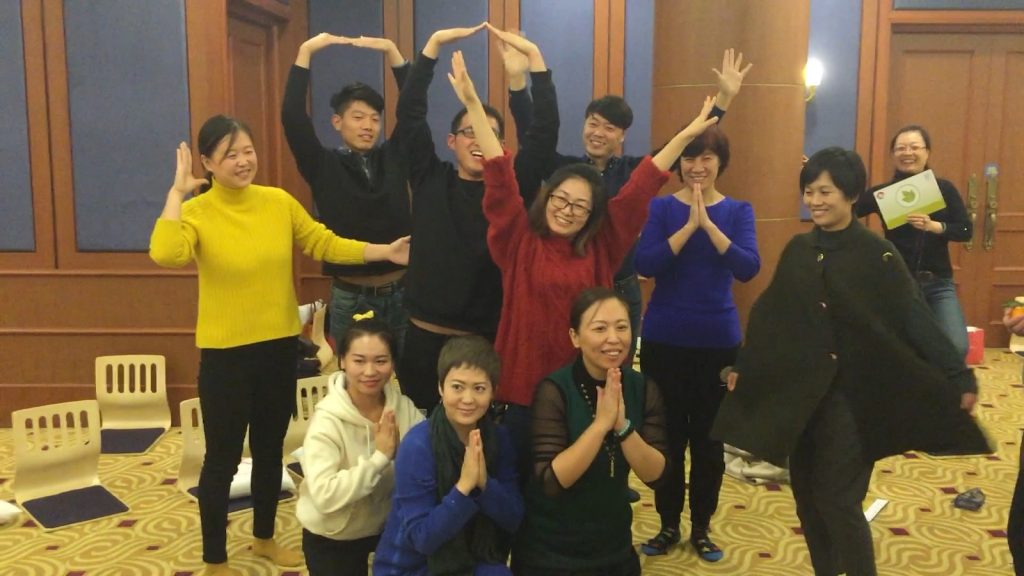 How the Work That Reconnects can address cultural differences is a topic that needs to be explored more fully so we can be more relevant in sharing the Work in China. I also had some discussion on how we might proceed to translate Coming Back to Life and Active Hope into Chinese.  There were several invitations to offer the Work in China.  I will be exploring these new possibilities and connections, which we can offer facilitators of the Work That Reconnects as we go forth into the future. 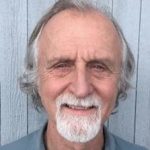 Werner Brandt is a Board member of the Holistic Centers Network and a team member of the Work That Reconnects network. He developed the websites Work That Reconnects and Deep Times Journal. He was first introduced to Joanna in 2003 and helped organize a 30-day retreat on the Oregon coast in 2007. He has facilitated the Work offering workshops around men’s issues. He has participated in trainings with Animas Valley Institute and the Compassionate Listening Project. He lives with his wife Abigail, a poet, in Salem, Oregon. His website is dharmaseeds.org.