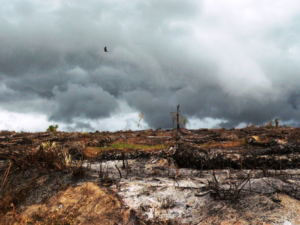 I stand where forests have fallen
to chainsaws and great machines
turning giants of trees into cargo
for ships traveling day and night
to faraway cities, away from their kin.

To the ruins of the forests, people rush in
to grow plantations of seeds that will be crushed
into chocolate and eaten by those who don’t know
this story: what came before, treasure
beyond imagining, here where they have never been.

Night has fallen too, and crickets sing.
Hyrax and galago call out to their kin
in the darkness, and shots ring out from hunters
who have come for those who survived,
to trade their lives for money.

Still I see the lit lamps of fireflies
traveling with me, bearing witness,
beaming as my heart swells, for no jewel
could be so beautiful as they, and no night
could be more beautiful than this.

The risen moon, the wonder of the world
does not mourn the fallen. It brings them home
with unfathomable grace, which leaves no room
for mourning. Learn how to see in the dark,
and you will see the resurrection, the triumph over death.

On a great tree felled by men, left to waste
in a row of spindly crops, in a field that once
was forest, a tiny bird alights in the upper branches.
The fallen giant stopped me in my tracks with grief,
but the bird throws back his head and sings. 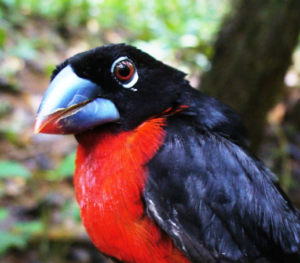 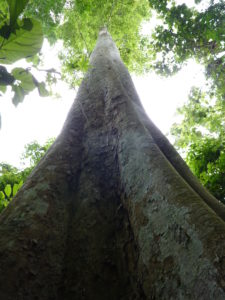 Nico Arcilla, PhD, is a conservation biologist who studies wildlife responses to human impacts, such as habitat destruction and climate change, to contribute to conservation action and public awareness. President and Research Director of the International Bird Conservation Partnership (www.birdpartners.org), she is also a student at the Zen Center of Philadelphia and affiliate fellow at the University of Nebraska. For 25 years, she has been collaborating with people in Africa and Madagascar, Europe and the Middle East, Asia and the tropical Pacific, and the Americas and Caribbean to protect, understand, and celebrate the astounding biodiversity that surrounds us and forms the basis of human life and diversity.