What if we are at a tipping point where a huge move forward is just as likely as taking it all down with us?
What if there are planetary forces aligning right now, ready to help with the change,
as we move toward living in harmony with the earth and all its planetary creatures?

What if this challenge will make explicit: 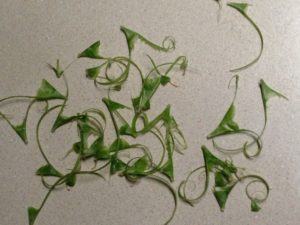 What if the ones who fear change awaken in surprise?

What if the defensive authoritarians are merely the final death throes of an experiment gone way wrong?
What if, right around the corner, what awaits is not oblivion but a simple circle of appreciation?

Born María del Carmen Rumbaut Riera in Havana, Cuba in the chaotic transition between capitalism and socialism, Carmen spent her childhood in Miami, Albuquerque, Topeka, and Houston. She earned a BA and MSSW at UT Austin and worked as a therapist for abused children and families. After returning to the same university for law school, Carmen practiced in Texas, Wisconsin, and Washington in the areas of civil rights and family law. She studied, practiced and taught Buddhism for 22 years. Now retired, she lives in Texas, grand-mothering  three young girls, and starting up a local Work That Reconnects group in Austin.