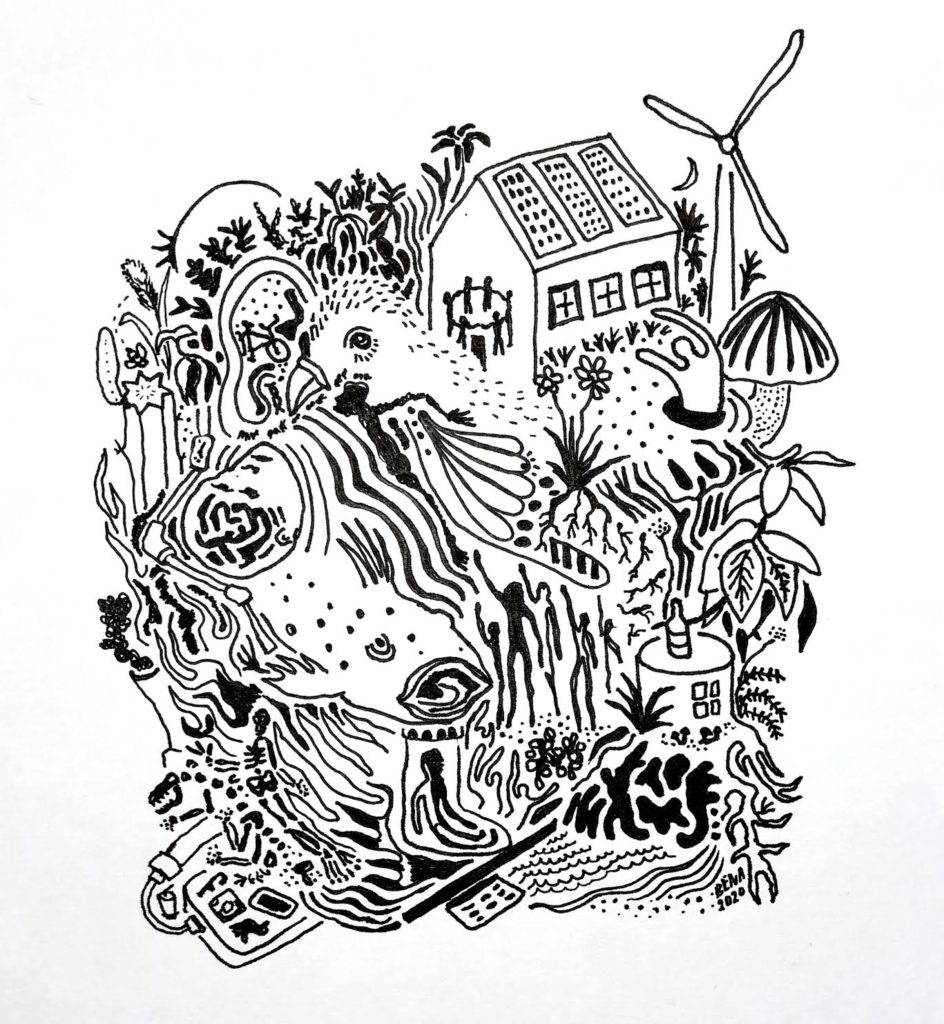 Image: This graphic black and white line drawing entitled 2020-2160 is composed of a multifaceted central entity. The upper right portion of this entity contains a simple house with a wind turbine and solar panels on the roof of a house inside of which people are holding hands in a circle. Moving down the right side, there are natural elements juxtaposed: a mushroom, plants, root structures and a stump with darker abstract shapes beneath it. On the bottom left there is an iPhone with social media apps on the screen surrounded by animal fossils and a human skeleton. Above this there are flames which morph into a partial fish and a baby being born whose brain is represented through their head. Continuing on to the upper left there are more abstract shapes, plants, a tiny bicycle, and a birds head. Diagonal waves lead from here back to the center where the silhouettes of protestors with arms raised are simply rendered.

Artist’s comments:  I worked from the position of a present day being to communicate the sense of coming to a fork in the road. One path leads to equity and harmony through regenerative practices and the redistribution of wealth and resources to support all life forms worldwide, the other leads to increased inequality, suffering and destruction. I wanted to communicate something about the swirling complexity of the situation and the need to cultivate an expansive sense of time and space to properly contextualize our moment and our actions moving into the future. 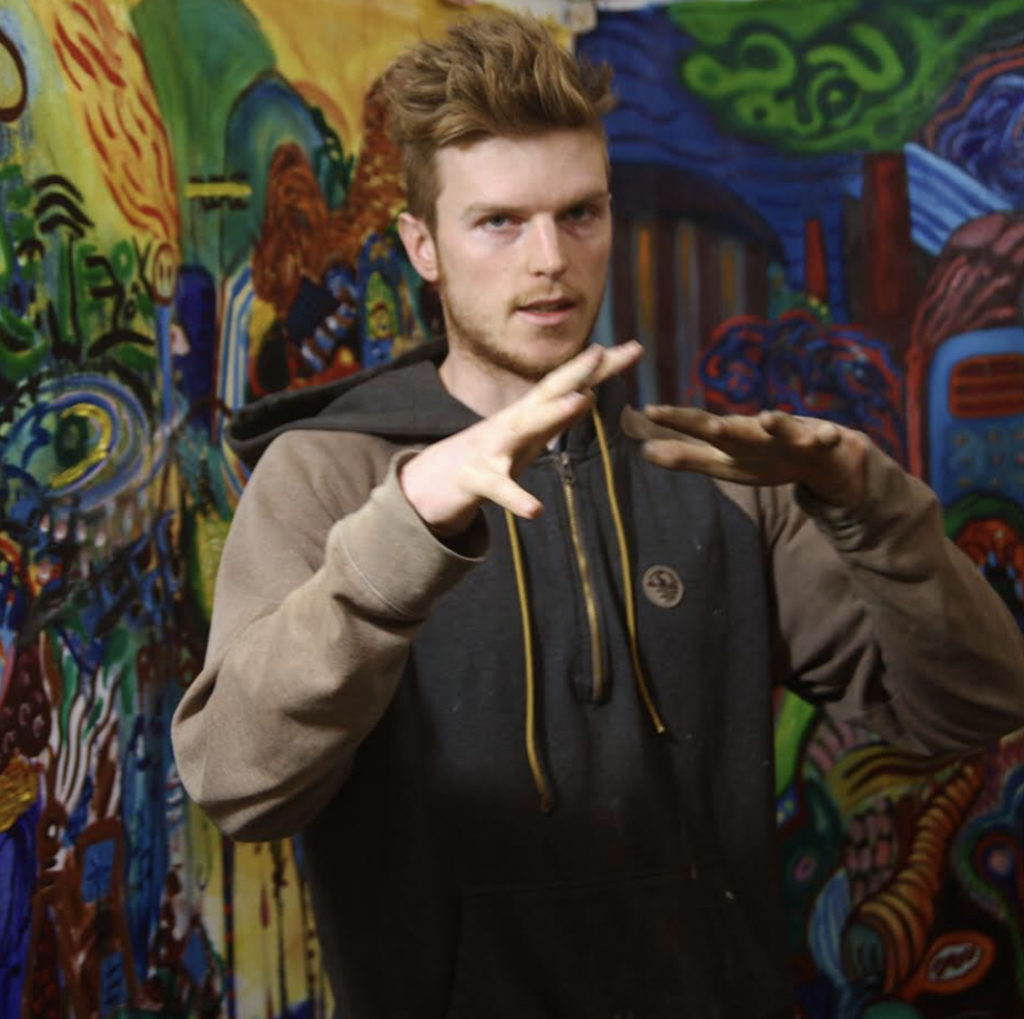 Benjamin Albrecht (26) is from Santa Cruz, California, and graduated in 2016 from Dartmouth College where he studied Neuroscience and Studio Art. His multifaceted, playful and vivid works on canvas and paper draw from thinking about systems, complexity, interconnection, and expansive spatial and temporal contexts.

At Dartmouth, Ben was awarded a Perspectives of Design Exhibition and spent the following ye

ar as a fellow in the art department that culminated in a show at the Jaffe-Friede Gallery during the Summer of 2017. He then went on to a residency at the Chautauqua School of Art, where he continued to learn with and from peers and professional artists. Ben currently lives and works in Brooklyn as an ecological garden designer and artist and had his first solo show at Mindful Harlem, a meditation center in Harlem in April of 2018.