This song looks back from an imagined future, telling the story of “some creatures” (guess which ones!) who forgot how to belong in the world and the devastation caused by that forgetting, followed by a long period of re-membering, healing and rebuilding from the rubble.

After the song was written, I changed some of the words to correct both Eurocentric and human-centric ideas that I perceived in the original. I still don’t love that this version of the story gives all of the agency to the lost and confused humans who are causing the damage, while the rest of the human and more-than-human beings seem able only to weep and pray for mercy and die. In my actual vision, it is exactly those beings who will play the lead role in collective awakening and healing, and if I were starting the song from scratch I would try to write it that way.

This song contains several layers of vocals in harmony, with reverb; piano; organs; guitar; mandolin; and a hand drum. There are instrumental sections in the middle and at the end featuring organ solos. The tempo is 85 bpm.

And slowly they joined their hands together
Saying, “If there is a world to follow this one
Then let it be born today”

Lost And Found by Daniel Kieval is licensed under a  Creative Commons License. 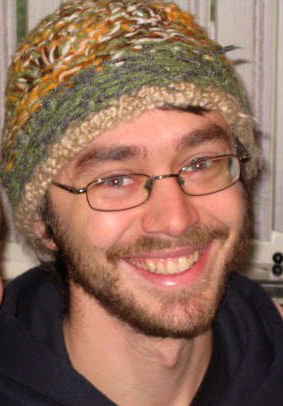 Daniel Kieval (32) has been an educator and group facilitator in many fields including nature connection, Judaism, music, mindfulness meditation, and the Work That Reconnects. Daniel’s recent ancestors are Jews from Eastern Europe and he is proud to carry their traditions and gifts. He is a member of the Earth Leadership Community (second cohort) and the Interhelp Council. Daniel lives on Pocumtuc homelands in western Massachusetts between the Connecticut River and Quabbin Reservoir.