Vivienne Elanta was the major practitioner of the “Work that ReConnects”, in Western Australia until her death on the 16th August 2004.  In 2019 at the Global Ecovillage Network International Conference I told the story of her last words, which have been set as a deeply moving youtube video.  Her last project was the organisation of the 30 day long workshop, with Joanna (and Fran), in January/February 2005, at the Cove, Denmark, Western Australia, with 43 people from all around the world. 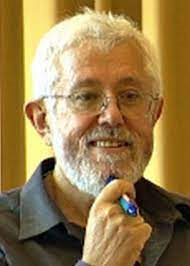 John Croft, co-founder of the Gaia Foundation of Western Australia, has worked in community development and education in many parts of the world. He has taught at several Universities and worked as a consultant in community building and environment action practice with non-government organisations. Through his work the Dragon Dreaming method has been introduced from China to Brazil, from Ghana to Finland. John has run workshops in Re-Earthing, The Work That Reconnects and Social Artistry for the last 25 years, integrate personal growth and empowerment, community building, community economics and environmental action within the ‘deep ecology’ paradigm. He has written and published widely in many fields.