My PhD research had the working title of ‘what we do with how we feel about climate change.’ I was motivated by the desire to uplift the importance of spaces where emotions connected to climate and intersecting crises can be explored. From my own participation and facilitation of workshops – including Work that Reconnects (WTR) – I knew the potency of acknowledging and working with emotions, and I felt the marginalization of emotions within the research and climate engagement spaces I experienced in the UK. I was often asked ‘how does working with feelings contribute to climate engagement?’ Whilst aware of the reductionistic potential of ‘generating evidence’ (who decides what gets measured? for what purpose? what ways of knowing are included?), I was also aware that the increasing public awareness of the emotional dimensions of intersecting crises was not being met with awareness of existing ways that individuals and groups are working with these emotions. In a nutshell, my research provides some evidence of the connection between workshop participation and developing and strengthening a capacity to respond to climate change in England and Scotland.

Background research on WTR
There is growing research about the WTR, primarily conducted by those who also facilitate the WTR (Johnstone, 2002; Hollis-Walker, 2012; Hathaway, 2017; Prentice, 2003). The findings support the theory and practice of change of the WTR, that participation in the workshops contributes to a renewed commitment to action, and that connections to self, others and the more-than-human world are strengthened (Hathaway, 2017; Hollis-Walker, 2012; Johnstone, 2002). Most participants found workshops ‘personally healing’, even if some experienced short-term negative impacts which catalysed a healing journey (Johnstone, 2002). These benefits were most common for those with pre-existing active engagement in socio-ecological action. Some note the limitations of one-day workshops (Hathaway, 2017), and the need for further opportunities to deepen the practices. Alongside published academic research, Bradbury (2003) noted that many WTR facilitators integrate action research – cycles of action and reflection – into their facilitation practice, inhabit a space of open inquiry, and continually adjust workshops and approaches according to feedback and reflection.

My research
Through interviews with facilitators and participants, I explored a range of methods used in or by Civil Society Organisations (CSOs) in the UK, which create space to acknowledge and process the emotions associated with climate change (see Hamilton, 2019). This article draws on interviews conducted in 2018-2019 with 13 participants in WTR and/or Active Hope (AH) workshops. All participants were white, lived in England or Scotland, aged between 24-76 and had either participated in at least one WTR/AH workshop in the year preceding the interview, and/or had participated in workshops in the past which informed their practice. The participants included 8 women, 4 men and one who identified as non-binary. Here I summarize some of my analysis of the motivations to attend workshops, workshop experiences, the emotions connected to climate change and how emotions moved. All participant names have been changed.

Motivations
The main motivations to attend workshops were:

Workshop experiences
Participating in the WTR and AH was a mainly positive experience for most participants, although not necessarily easy or comfortable. Some reflected on the power of participating in workshops over time, for example Ben: “the [WTR] has enabled me to … incorporate and live with the pain of what … industrial man has been doing to the land … to root myself in the land and in the earth”.

Some participants reflected that some workshops didn’t get to the depth they were seeking; others reflected on workshops they had attended in the past which ‘stirred the pot’ and triggered deep unprocessed grief more than enabled healing. For example, Katrina reflected on one of her first WTR workshops she attended over ten years prior to the interview: “it just felt a little bit ungrounded … I remember feeling very disassociated … it maybe unleashed a bit too much for me.”

This reinforces the need for trauma-informed practices, and attention to designing workshops which enable participation for those with differing degrees of familiarity with exploring emotions.

Emotions of climate change
Participants reflected on their emotions associated with climate change, and how these were experienced within and after the WTR and AH workshops. The majority of emotions evident for all participants connected to the more negative/pessimistic emotions, such as grief, fear, anger, depression, hopelessness, sorrow, and guilt. For example, Kate reflected that

with climate change there’s a lot of violence … [linked] with empire. … a violence towards people which often goes hand in hand towards violence to the land … it seems to be a very unjust and immoral … norm, in our culture which is grieving … it feels like there’s a cry in the ether somewhere … you kind of feel like you’re screaming with other people but it’s a silent one.

Her workshop reflection illustrates the power of connection experienced:

for people to acknowledge in a group their grief and their sorrow, about what was going on … and also what they were grateful for … collectively having a role in the room of connecting with each other about that … was really powerful.

When positive emotions such as hope, love and passion were mentioned, they referred more to the hopefulness and feelings of connection that emerged in workshops and through being actively engaged, the love for the world having worked through grief, and the difficulty of sustaining passion. For example, Robert recalled

one particular process … [with] two huge bowls down in the conference hall … [had] people coming down and sharing and giving … [what] became the tears of the world … And I don’t remember anybody that came down to those bowls that wasn’t crying their eyes out … it was just a beautiful connecting process.

Movement of emotion
Part of my research focused on how emotions connected to climate change moved and changed, and what impact this had. Four themes of movement emerged:

1. an awareness of emotions: participants became aware of their emotions, and the influence on their climate change engagement. For example:

Before all this [mindfulness and AH] I was you know, [pause] … burying your head in the sand approach to things. Um, and to some extent that is still true … it feels [pause] very hard sometimes to hold that [laughs] … to not put it back in its little drawer. [Evie].

2. developing a changed relationship to painful emotions, which was apparent through flowing and dance-like descriptions of turning towards emotions such as “turning towards”, “turning to face”, “embracing” and “navigating”:

[T]hat sort of paradox of … opening up to the problems … lost a bit of their scariness when … turning to face them. [Evie].

To face some of those things that we cannot seem to change, with at first anger, sorrow, grief, bitterness, whatever it is. Emptiness, feelings of desolation, of heartbreak. And turning them around. [Bela].

3. the transformation of emotions, particularly through the more ceremonial exercises in Honouring our Pain, such as the Bowl of Tears and the Truth Mandala, where a strong container was held for the expression of emotions such as grief. For example:

Honouring our Pain. Um, probably one of the more powerful experiences … like in my life that I’ve had, was that workshop … it was really helpful and really powerful for me to be able to go up and have space to express that … I mean I just broke down in tears, and I was talking about ecocide and the loss of biodiversity … but yeah, embracing that sorrow, but also being able to alchemize that into that sense of loss, and into that sense of passion and deep determination… in this space, I’d connected to a deep determination and passion to continue the work. [Nic].

Connection to climate engagement:
For those motivated by route in/ seeking community, WTR and AH enabled participants to become actively engaged – through providing connection to people and a space to acknowledge the emotional dimension. Some reported actions that they had taken, e.g. changing to more plant-based diets and reducing or stopping flying. For example, Evie reflected that “I have gone vegetarian probably as a direct result of all of this. I was veering towards it … but now that’s definitely stuck” and “I haven’t really gone … travelling by plane”.

For those motivated by a coping mechanism, WTR and AH helped to sustain engagement and their collective activism, often over many years. Helen reflected that “I don’t get frantic anymore. I’m much calmer in a way”, whilst Ben was able to draw on wider resources, “generating … a different kind of relationship with other species, with the whole of life around, getting outside the Anthropocene”.

For some, this involved stepping back or changing forms of activism that were unsustainable, such as Lucy focusing on “what really motivates me, what really fills my bucket, to enable change”. For those motivated by holistic engagement, WTR and AH provided practices that supported their engagement.

Limitations of this research
This is a flavour of some of my key research findings. This research was limited in two key aspects: 1) I focused on connections to climate change engagement in terms of carbon reduction actions, instead of the broader intersectional approach of climate justice; and 2) all the participants were racialized white. I state this for transparency, and to raise the importance of exploring how participation in WTR and AH contributes to dismantling and transforming all forms of oppression.

Questions I’m holding:
As this is based on a small number of participants, I’m curious about how we are sharing learning and feedback about what happens through the workshops we and others offer, and what questions facilitators are holding. Some questions I’m holding are:

I welcome feedback and further discussion about any aspect of this article; johamilton121[at]gmail.com. 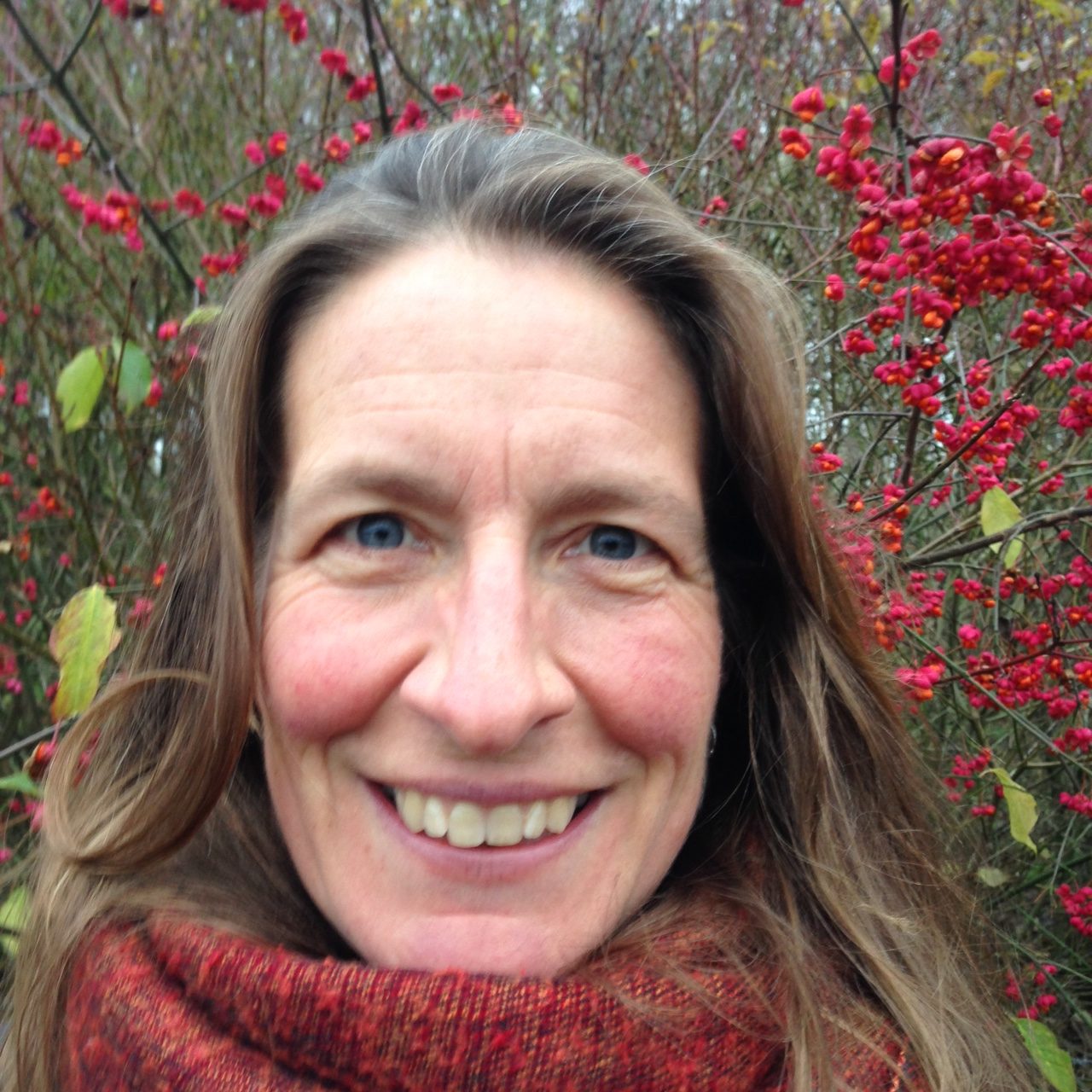 Jo is a researcher and works for social and environmental justice, based in Oxford, England. Her research focuses on psycho-social aspects of ecological and social justice, including climate change engagement, community scale energy and equitable and just transitions to net zero (on Researchgate.net).  She facilitates the Work that Reconnects, peer groups on acknowledging and transforming white supremacy culture, and spaces to acknowledge and work with the emotional dimensions of climate change engagement. Playing music, swimming, wild walking and connecting with others make her soul soar.