There’s an interesting line of enquiry emerging from the last ten years of change-making here in Aotearoa New Zealand. I’ve participated in various movements, projects, protests, and learning environments where I’ve looked around and observed that there’s been a lot of women, and felt a growing sense of curiosity around the question “where are the men?”

“where are the men?”

Following that question with another “how can we empower men to bring their energy to the Great Turning?”

Three Stories of Our Time
In the Work That Reconnects, there are three stories of our time. Business As Usual is the name given to the dominant civilizational narrative. The Great Unraveling tracks the degradation and collapse of our biological, ecological, economic, and social systems. While The Great Turning holds the new story for humanity as it rotates around from the industrial growth society to a life sustaining society.

It doesn’t come as a huge surprise that my training cohort for the Work That Reconnects has a significant minority of men. The same is true in the movement modalities, ceremonies, circles and workshops I engage with as well. I wonder if the pattern of lesser male participation is playing out in other transformational spaces, and why is it so obvious with the Work That Reconnects?

The Three Dimensions of the Great Turning
So working from patterns to details, I run my enquiry through the various projects that I’ve participated in or contributed to, all of which exist along what could be considered a spectrum of change. This spectrum is sometimes referred to as the Rainbow of Activism which starts with hard interventionist action, moving through more community organising, to softer, more artistic or spiritual forms.

In the Work that Reconnects, the three dimensions to the Great Turning are Holding Actions, which seek to slow down the industrial growth society to buy more time for Structural or Systemic Alternatives to emerge. Simultaneously, Shifts in Consciousness allow for our mental and psycho-spiritual worldview to readjust to a life of participation in and belonging to a living world.

There didn’t appear to be a significant dearth of males within some of the harder intervention centered forms such as Extinction Rebellion or longer actions such as #occupywallstreet. When I recall my mentors and teachers in Non-Violent Direct Action and other forms of civil disobedience there is strong male presence, so hats off for the fellas willing to roll up their sleeves and put their lives on the line.

Or is it that we have the loudest voices? Because I’ve seen some incredible women go to great lengths for what they believe in. The recent reclamation of ancient land at Ihumātao was led by indigenous women. My reflection from the coal face was that the occupation brought to light our deepest colonial wounds, and did an excellent job at shining that light peacefully for an extended period of time.

I can confirm that colossal non violent action was predominantly driven by teenage women.

The School Strike for Climate was an incredible feat of organisational talent and willpower, with 2200 protest events across 125 countries worldwide. I was asked to support the SS4C movement, and was struck by the lack of males involved. From Greta in Sweden to Zoe here in Tauranga, I can confirm that colossal non violent action was predominantly driven by teenage women. 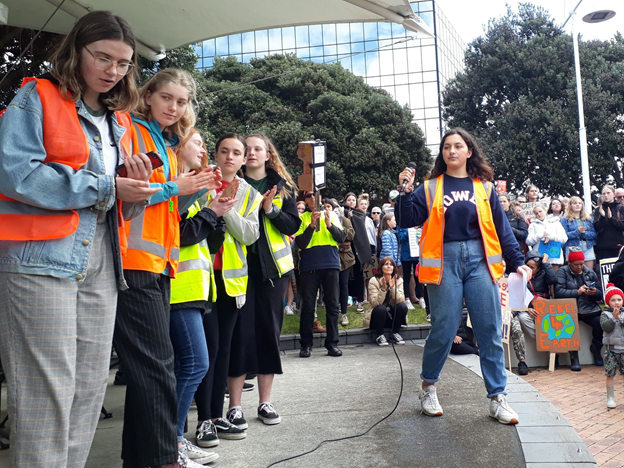 I cast my mind further along the changemaker spectrum and undoubtedly see more women exploring new social and economic alternatives to business as usual. Mainstream avenues such as social enterprise or local community organising are often led by wild, charismatic women acting on behalf of people and place. The once masc-heavy landscape of Permaculture now has a powerful voice of knowledgeable and experienced ecofeminists, and most of my friends in environmental policy and conservation are women

In my discovery of decolonisation, feminism and living in community I wound my way through various bodies of work. These include Non Violent Communication, Group Facilitation, Classical Tantra, Consensus-based Decision Making and Co-housing. Most of these spaces come alive with the breath of women, and are the best example of the Great Turning in action I’ve witnessed. And yet, the pathways for men to engage seem to be missing.

I’m lonely sometimes, and I can see a huge need for male energy in these spaces.

As I write this I’m wary of treading on men, and potentially placing women on a pedestal. This is not my intention. If anything, I’m lonely sometimes, and I can see a huge need for male energy in these spaces. So what might they be facing that’s holding them back?

The Hierarchy of Power and Privilege
One piece worth identifying is that men benefit from their gender based privileges, and might be less inclined to want to change the power structure that supports them, consciously or unconsciously. It’s also fairly well documented that men also suffer under patriarchy, so I’ll acknowledge this piece in part, but won’t rush to assign the cause of this enquiry to the privilege of the individuals within patriarchy alone.

Inspection leads to incomplete conclusions, while ‘aspecting’ the patterns enables us to see the wider context that forms the question. A systems level perspective reveals that patriarchy is more than the sum of its parts (men holding power), and is part of a larger hierarchy of power and privilege.

I’m basically a venn diagram at the nexus of partriarchy, colonisation, and capitalism.

Mapping the direction of the wind that fills my sails as a cis-het male of European descent, it’s clear I’m navigating between multiple systemic power structures. I’m basically a venn diagram at the nexus of partriarchy, colonisation, and capitalism.

I’m cautious to complain here, but finding myself in a Bermuda triangle of hidden systems of oppression is enough to set my compass spinning. I can see why many men would bury their heads in the sand at this point. The amount of emotional work is either too tough to face, or too subtle to sense.

In addition to this, the feminist power analysis of Patriarchy has left men without an anchor to ground us in our own definition of what it means to be a man in a liberal but aggressively regulated world of progressive politics and activism.

Having spent the last 5 years unlearning the numbness that came from being raised in a culture which discouraged feelings beyond joy and anger, I can understand how some men could justify not wanting to change the way things are currently.

Our civilisational myths have an anaesthetic effect on the guilt and shame associated with our settler-colonial history.

Our civilisational myths have an anaesthetic effect on the guilt and shame associated with our settler-colonial history. Being numb to nature’s pain makes the inherent wrongness in capitalism bearable. Pairing these with our assigned gender roles and prescribed relationship frameworks, it’s clear what is allowing us to keep the Business As Usual story alive.

We’ve certainly been groomed to value ourselves in relation to our value to others, which might explain why we seem to be stuck in Business as Usual, or obsessed with the details of science and the spectacle of the Great Unraveling.

Old Tropes and Polarities
Another handicap for my brothers might lie with society’s focus on physical abilities, which perpetuates the power-over paradigm. Pairing this with a binary lens of good and evil, the act of making change is reframed to a fight between man and his adversaries. Safe spaces that shed new light on old tropes like ‘man vs nature’, or ‘men vs women’ are rare, as progressive spaces can often perpetuate these polarities by holding onto old stories as a crutch.

As the shoots of my sense-ability creep courageously up through the cracks in my conditioning, my ability to feel grows too. I feel empathy for the women in my life, for the cultures that have suffered, and for the non-human beings I share this Earth-time with.

The parallels between how women are treated and how the planet gets treated are many. While men might avoid the places where they might encounter these uncomfortable feelings, it’s possible that women find solace in the shared experience. This might explain why more women are driven to show up in solidarity for Earth, represented in feminine form by many cultures, to heal their relationship with themselves and with nature.

I’m careful to suggest anything on anyone’s behalf, but I’ve observed that women in my life are content with taking smaller steps, and more often. To set an intention for a desired reality and whisper it into the universe isn’t so passive when it’s followed by sweet longing, regular rituals and subtle, strategic influences.

Learning to become more comfortable with discomfort will be essential to shaking off these stories, and take our place in the Great Turning.

This approach to change is consistent with the shifts in consciousness needed to bring about the Great Turning. It could be that our men feel they bear the responsibility of preserving Business as Usual. It’s possible that humanity’s anthropocentric delusion grips us more tightly, so we tighten our control as the Great Unraveling escalates. Either way, learning to become more comfortable with discomfort will be essential to shaking off these stories, and take our place in the Great Turning.

An Invitation, Wish, and Prayer
My invitation to men is to be more in service to life, and to remember the unique virtues and values that we have.

My wish would be that we can cultivate this together, and contribute our privilege horizontally and share our power-with.

My prayer is for our deepest ecological identities to guide us. 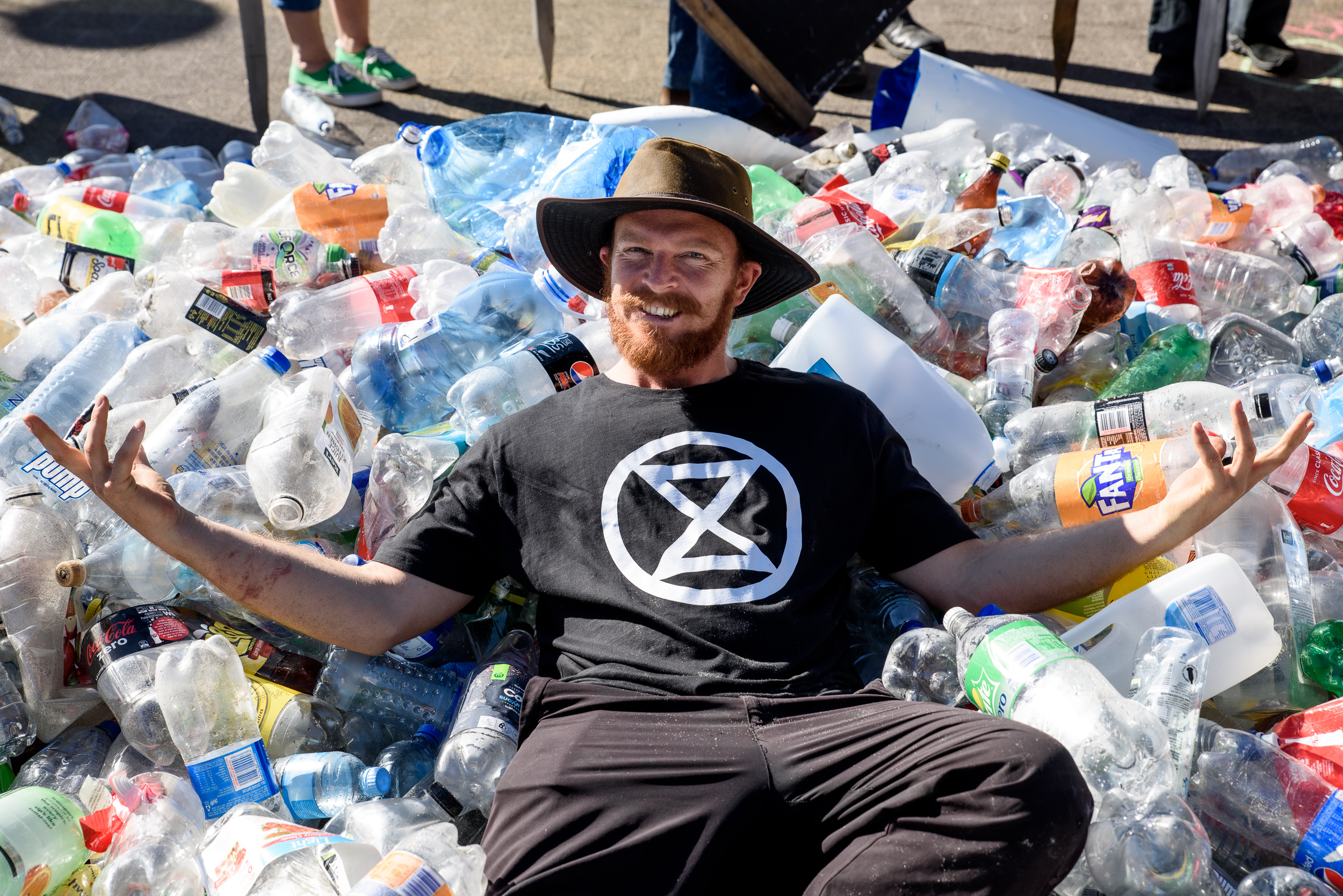 Leo Murray:  With nature as his teacher, Leo plays an active role as an interdisciplinary changemaker and thought leader in Aotearoa New Zealand. He is grateful to have felt the breadth and depth of human emotions, and tries his best to learn from them all.
Officially working as a ‘beyond’ sustainability consultant for Why Waste, Leo’s other roles can be described as vibe architect, permaculture designer, systems design thinker, NVDA activist, storyteller and ocean voyager.  Work That Reconnects profile: https://workthatreconnects.org/user/leo-mufasa-murray/