The Work That Reconnects can help develop emotionally mature men, with a healthy sense of masculinity

I was introduced to Joanna Macy’s writing in 2002 and attended my first Work That Reconnects workshop in 2003. This was a three-day event held on the Oregon coast attended by 30 to 35 women and three men. In subsequent retreats I saw this was a consistent pattern, in that roughly ten percent of the people showing up to these retreats were men. Knowing the value that the Work That Reconnects had for me, and that structural patriarchy was at the core of many of the wicked problems facing humanity, I was intrigued by the fact that so few men were engaging in this work. Where were the men? What would keep them from engaging in this work?

These questions led to an examination of socialized masculine gender norms as they relate to patriarchal social structures and male dominance, or white supremacist capitalist patriarchy[1]. It is from the social structures of patriarchy, predatory capitalism, and white supremacy that we witness the emergence of militarism, empire, colonialism, racism, sexism, classism, ageism, economic injustice, ethnocentric nationalism, and environmental degradation, to name just a few social inequities. Here, it must be acknowledged that patriarchy cannot be extracted out or separated from these social structures. Rather the construction of masculinity in the West emerges through this white supremacist capitalist patriarchal amalgam and is then solidified by patriarchy. In this sense, patriarchy plays the specific role of maintaining the male-centeredness and male-dominance of systems of oppression.

A study conducted at Boston College on the conformity to social gender norms identified 11 significantly distinct norms of male behavior that can be considered as socially produced: winning, emotional control, risk-taking, violence, dominance, playboy, self-reliance, primacy of work, power over women, disdain for homosexuals, and the pursuit of status[2]. Conformity to socially created gender roles has contributed to a numbness in people, mostly men, known as alexithymia, a form of social trauma beginning in youth where a person develops difficulty in identifying and expressing their feelings. Literally, this means to be without words for feelings and emotions [3].

It is difficult for men raised in Western culture to allow themselves to lower their defenses, risk vulnerability, and challenge these norms.

Given the pressure from society and peers on men to conform to these social masculine norms, over time they have become the water in which the fish swims. They are ever present, invisible, and therefore unrecognized. To say the least, it is difficult for men raised in Western culture to allow themselves to lower their defenses, risk vulnerability, and challenge these norms. They would have to face a double wounding – the damage done by society programming their inner patriarchy, and the self-created pain they experience by adhering to it. Addressing these wounds is taboo in Western white supremacist patriarchal industrial capitalism.

Advances in cognitive neuroscience has demonstrated that sustained physical activities, sensory activities, learning, thinking, and imagining, as well as cultural ideas and activities, change brain structure and basic personality types [4]. Combining this with alexithymia, it becomes clear that even if they were willing to investigate their social conditioning, many men do not have the ability to identify, or the vocabulary to describe, what they discover during their introspection.

In my research I conducted interviews with men who had participated in one or more of three Work That Reconnects men-only retreats held between 2007 and 2012. These interviews covered each man’s life history, his experience in the Work That Reconnects retreats, and any benefits he experienced in his life because of these experiences. To synthesize the interview data, I used Synergic Inquiry which identifies three dimensions of consciousness: the visible, the logical, and the mythical, as well as the process of differentiating (self-knowing and other-knowing) and integrating (difference holding and difference transcending) [5]. From these interviews, I identified five key factors essential for the men’s involvement in the Work That Reconnects retreats along with 31 sub-themes. These five factors are: Tradition, Safety, Community, Environment, and Spiritual Foundation.

An in-depth discussion of these five factors is beyond the scope of this essay; however, I offer the following abbreviated description of the five factors. (1) Tradition: I use this term in two ways, to indicate that the Work That Reconnects is a recognized and time-tested method of group work, and to highlight the importance of having a known and respected teacher, in this case Joanna Macy; (2) Safety (physical and emotional): Physical safety requires an agreement that there is a commitment to nonviolence of any kind, and emotional safety implies personal well-being, respect for self and others, deep listening, and a nonjudgmental environment; (3)Community: I use the term community to indicate a group with shared values and shared risk, whose members have something to lose if they don’t come together and something to gain if they do; (4) Environment: implying the overall setting, tone, and feelings of being welcomed, as well as the physical landscape, the accommodations, the food, the aesthetics of the place, the staff, and access to natural areas for reflection and solitude, and (5) Spiritual Foundation: meaning a direct personal experience of non-dual reality and universal connection with All-that-is, a deeply subjective relationship with a living universe.

Benefits of the Work That Reconnects

There was significant commonality in the men’s experiences of fellowship, soulful heartfelt connection, and a sense of group bonding. The recognition that the intentionality, mutual support, trust, non-violence, non-competitiveness, and non-judgement made it easier to take risks was also prominent among the men. For many, to have a community of men in which to grieve and a framework to turn that grief into understanding was of major importance. Several men stated that because of this work they developed their first honest relationships with other men.

This inquiry also revealed five areas of concern or contradictions: (a) issues with the retreat model as a vehicle for personal and social change, (b) homophobia, (c) white privilege, (d) reluctance to do shadow work, and (e) infiltration of the outside world, or ego, into the retreat environment. Of these five areas of concern, I see homophobia, white privilege, reluctance to do the painful shadow work, and the egoic infiltration from the outside world as inseparable from patriarchal social conditioning. These four concerns reflect the social masculine norms of distain for homosexuals, violence, winning, emotional control, and dominance, which uphold the structures of patriarchy.

Concerning the retreat model as a vehicle for personal and social change, a Work That Reconnects retreat is not offered as personal therapy, yet it can be a catalyst and training ground for like-minded community members to connect on issues important to them and be inspired to act. As such, local communities of practice are crucial for keeping these actions alive for long-term social change.

As men learn to be vulnerable and take emotional risks, they will experience better relationships and have more understanding of other men (people).

Recognizing, accepting, and reconciling the impacts of patriarchal social structures will take time, effort, and dedication. As men learn to be vulnerable and take emotional risks, they will experience better relationships and have more understanding of other men (people) and develop healthier ways of being. This can help make positive changes in how white cisgender men approach ethnic diversity, gender identification, and differences in sexual preference, potentially reducing social stressors for indigenous persons, people of color, and those in LGBTQ communities.

In this essay, it has not been my purpose to minimize, negate, excuse, or deny the historic pain and suffering wrought on women, indigenous peoples, the environment, or future generations, by Western white supremacist patriarchal industrial capitalism. Rather, it has been to give insight into how men who participate in the Work That Reconnects can address their social conditioning and develop a healthier sense of their masculinity.

Society has precluded white cisgender men from developing an inherent capacity for the type of engagement required for transforming the wounds and harms of patriarchy. This is perhaps among the most difficult work ever demanded of men—to accept their role in the struggle for equality, to mourn for the loss of their old self as they create their new self and transform in a culture that does not support or confirm them in changing. I contend that the practices of the Work That Reconnects facilitate the development of self-awareness through the engagement of feelings, sensations, and beliefs, which exposes a person’s core values.

This introspective work is critical for men in reactivating feedback channels to their emotional body allowing them to access their deeply held core beliefs and values.

The Work That Reconnects framework guides the topics of discussion while minimizing the chance of polarization and argument by fostering adaptive change through the promotion of safety, empathy, enactment, and engagement [6]. The spiral framework accomplishes this without allowing a person or group to impose their views, beliefs, or truths on others [7]. This introspective work is critical for men in reactivating feedback channels to their emotional body allowing them to access their deeply held core beliefs and values.

My research supports the conclusion that the Work That Reconnects is a model and method that men can utilize for self-improvement and social change. It is a means of gaining self-knowledge, social awareness, fulfilling relationships with others, and developing a healthier form of masculinity. It encourages moving beyond the small, encapsulated self into an expanded global identity in a vital, collaborative way, in which a saner, safer, sustainable future can be realized. 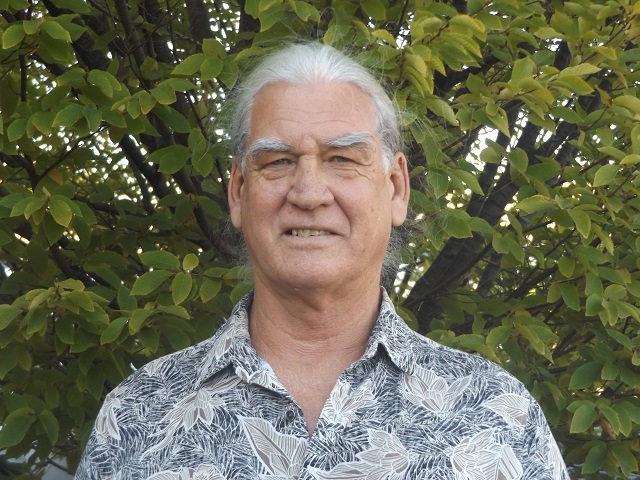 Vincent Brown is an environmental specialist focusing on watershed health and multiple species habitat regeneration. He has been involved in the Work That Reconnects since 2003 and facilitating the Work since 2012. Vincent has a master’s degree in Transformative Leadership, and a doctorate in Transformative Studies, with a focus in consciousness studies, from the California Institute of Integral Studies in San Francisco, California. His dissertation is entitled, What Benefits Do Men Experience Through the Work That Reconnects? A Phenomenological Inquiry, integrating leadership studies, consciousness studies, spirituality, psychology, masculinity studies, environmental studies, neuroscience, feminism, critical scholarship, phenomenology, and other philosophical frameworks.