Dear friends in the Work That  Reconnects, 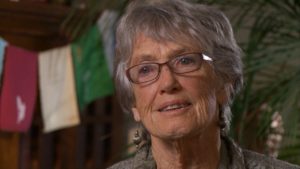 My gratitude for the Work That Reconnects keeps growing.  A feature that I especially love is how it lets people hear the voice they most need to hear: the voice within themselves.  This allows me as facilitator to go into a workshop feeling fresh and open, knowing that I am not there to impose my views or even to inspire, so much as to open connections between and inside people to what matters most to them.

I am glad when I see fine social thinkers traveling about giving lectures on subjects important and dear to me, but I also feel a little sorry for them that they’ll be mainly listening to themselves, with little chance to hear what their listeners already know.  I feel this myself when I have to give a lecture and won’t hear what most folks in the audience have to say.

In my monthly drop-in “Open Sangha”  I usually introduce a topic with a twenty or thirty minute talk.  But the other night in mid-October I was feeling so battered by the electoral campaign, so heart-sore at the nature of public discourse,  that I didn’t feel like holding forth on anything.   A larger than usual number had gathered—well over a hundred and many of them young.  But after our opening silent meditation, when it was time for the evening’s talk, the only words I could offer were, “I really have nothing to say tonight.  The distortions and lying I hear on the media have silenced me.  Tonight all I’m really up for is to pray together.  By prayer I mean utterances of the heart, letting our deepest longings be spoken.”

I read a poem and spoke a prayer or two—for the Water Protectors at Standing Rock, as I recall, and for the thousands being bombed in Aleppo. I was not at all sure that anyone else would join in out loud, but it wasn’t long before I heard other voices, the young ones starting, then voices of all ages rising up from seen and unseen faces. Prayers for our country and the world, for those trapped in debt and dead-end  jobs, prayers for our own solidarity and courage, and some took the form of song.  The praying went on and on till time to close. It felt old-fashioned; it felt cleansing. By the end, I felt as if my soul had been washed.

It has long been my belief that, for the moral imagination to face and respond to the accelerating global crisis, most of us need the grounding of a spiritual path.  I have been curious about the inspiration and strengths that activists find in their own traditions.  This year, for the national gathering of Bioneers, I organized a panel called “Spiritual Responses to the Great Unraveling:  Guidance from Earth’s Traditions for the Way Forward.”  When the time came, it offered rich fare: Starhawk shared wisdom from her Wiccan perspective, Patricia St. Onge from her Mohawk ancestry, Emmanuel Vaughan-Lee from his life as a Sufi, and I from the Buddha Dharma (recording of the panel will be available from Bioneers).  I also spoke of the inspiration I found in Liberation Theology and how, in recent generations, it has brought  new vision and vitality to Christianity by returning to the original, radical teachings of its founder. 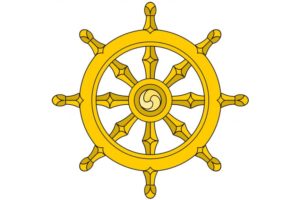 Five days later at the annual fund-raiser for the East Bay Meditation Center in Oakland I made a presentation on “Liberation Dharma.”   I boiled it down to four elements:  1) the basic teaching of anatta or selflessness as a corrective to the hyperindividualism of our dominant culture; 2) the three “poisons” of greed, hatred, and delusion as the cause of the suffering we create, and their institutionalized forms in today’s world; 3) the Sangha as transformational community of practice, and the inspiring ways it manifested in the Buddha’s time; and 4) the model of the bodhisattva as a calling we each can follow in service to life on Earth in this time of the Great Turning.

As I unpacked these elements of Liberation Dharma, I drew on my fascination with early Buddhist scriptures, and made little if any reference to the Work That Reconnects.  I generally don’t advertise the Buddhist roots of our work, because I want people from all backgrounds to experience it as something they can wholeheartedly make their own.   But I enjoy sharing this thinking with you who love and facilitate this Work, because it’s good to know how deeply it relates to the spiritual wellsprings of our planet’s people.

Gaian Teacher, Joanna Macy, is a scholar of Buddhism, general systems theory, and deep ecology. A respected voice in the movements for peace, justice, and ecology, she interweaves her scholarship with five decades of activism. As the root teacher of the Work That Reconnects, she has created a groundbreaking theoretical framework for personal and social change, as well as a powerful workshop methodology for its application. Her wide-ranging work addresses psychological and spiritual issues of the nuclear age, the cultivation of ecological awareness, and the fruitful resonance between Buddhist thought and contemporary science, explored through her books, audio-visual resources, and teachings on the Great Turning. See JoannaMacy.net.