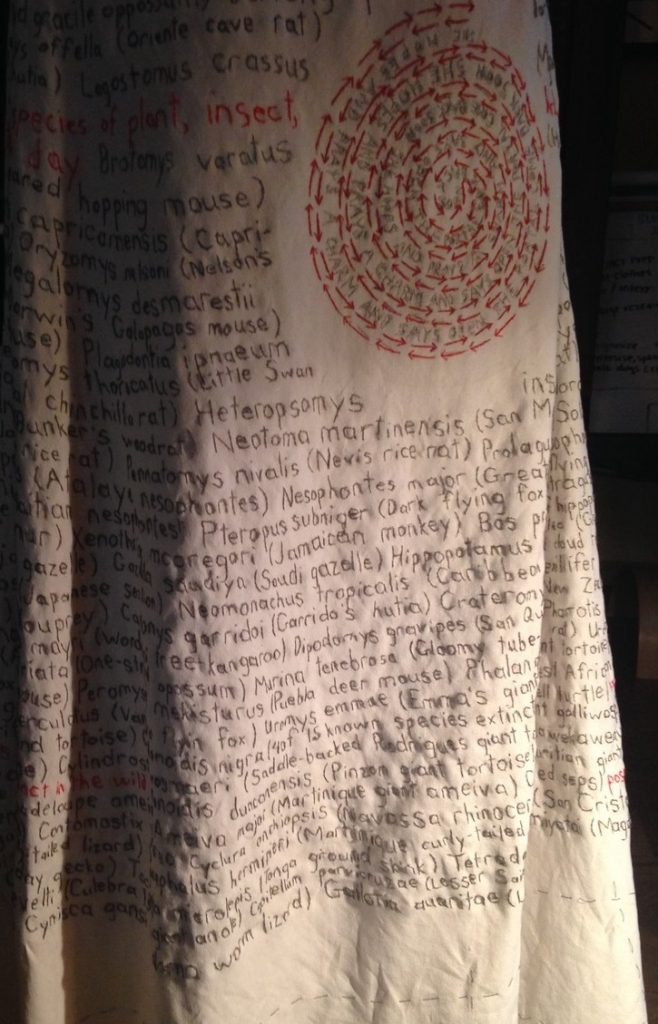 he is the last frog

so she feeds him

They sing songs
together

until he dies
with her by his side

He was the last frog

he sang songs
she remembers

so she sings them

And though she
may not live
to see the pond
or know the one
she calls for,

to the first frog

death is not real

Author’s note: FROG SONG or DDT is edited from a train of thought that came through as we closed Joy Giving Practice on Remembrance Day for Lost Species, November 30th, 2016. The poem is included with images of Sew the SEEDS quilt project founder Sherrell Biggerstaff Cuneo’s Mourning Gown (pictured here) and other works in the film TOUGHIE by Extinction Witness.

Established 2011 in response to species extinctions resulting from human activity, Remembrance Day for Lost Species (RDLS) is an opportunity to explore the stories of extinct species and make or renew commitments to all who remain. The primary intention of RDLS is to create spaces for grieving and reflection. Previous activities have included art, processions, tree planting, building Life Cairns, bell casting and ringing, Generative Memorials and more.

For 2018, RDLS invites events on or around November 30th to mark the extinction and endangerment of marine mammals and/or ongoing threats to seas. Please see the RDLS Invitation to Participate for suggested activities and information on the focus species, Steller’s sea cow. 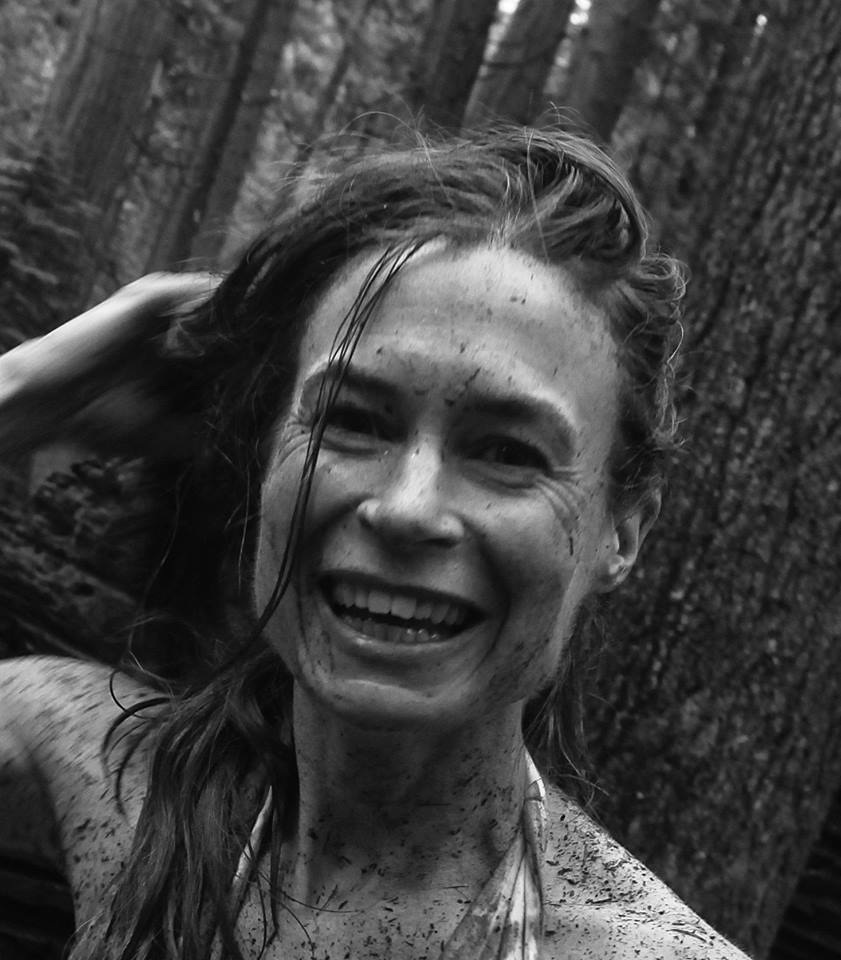 Megan Hollingsworth, MS, is a mother and writer with family roots (England and Ireland) in the Religious Society of Friends (Quakers). Megan initiated Extinction Witness global arts project of Empowerment WORKS Inc. in 2012 with recognition of the naturally complicated and conflicted human emotional and spiritual response to species extinction resulting from human activity. As part of Extinction Witness Grief & Generation activities, Megan serves as a lead team member for Remembrance Day for Lost Species and facilitates Extinction Grief & Creativity Forum at Depth Psychology Alliance. The Extinction Witness Vow 2 Act is included in Unpsychology Magazine’s Climate Minds Anthology. More about Megan’s work and samples of her writing can be found MeganHollingsworth.com