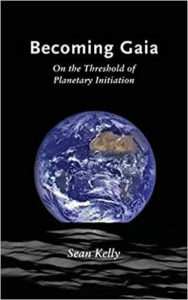 I am delighted to announce the publication of my new book, Becoming Gaia: On the Threshold of Planetary Initiation. It is devoted to helping catalyze the shift in consciousness toward a life-sustaining culture and should be of particular interest to those Great Turners wishing to linger in the station of the Spiral of the Work devoted to seeing with new eyes. Joanna is mentioned several times, especially in the last chapter.

From the back cover:
“We are living in end times. With climate chaos, an accelerating mass extinction, and signs of civilizational collapse, the Earth community is being drawn into a planetary near-death experience (NDE). These end times, however, also mark the threshold of new planetary identity in the making. Drawing on an impressive range of scholarship from such fields as Big history, comparative religion, transpersonal psychology, and integral philosophies, Sean Kelly reveals the features of this new identity and invites us consciously to participate in its making. Guided by the ideal of Gaia as “concrete universal,” Kelly offers compelling insights on the nature of an emerging world spirituality that some describe as a second Axial Age; on the elements of a complex-integral ethics for the Planetary Era; and on the role of the death/rebirth archetype for understanding the charged field of contemporary climate activism. The book culminates with an inspiring meditation on the possibility, in these end times, of a third way beyond both hope and despair. In contrast to the restrictive anthropocentrism and technocentrism of mainstream discourse around the Anthropocene, Kelly speaks instead of the Gaianthropocene as our new geological epoch. It is an epoch where, even and especially as we face the fires of planetary initiation, we can awaken to our deeper nature as living members of Gaia, the living Earth in and through whom we have our being.”

The book can be purchased here.
Audio interview with author on Buzzsprout. 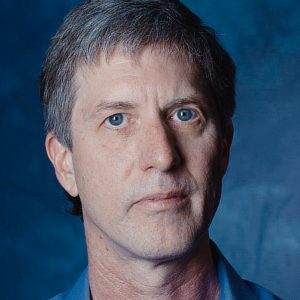 Sean Kelly, Ph.D., is professor of Philosophy, Cosmology, and Consciousness at the California Institute of Integral Studies (CIIS) where he co-taught courses on The Great Turning with Joanna.  He is the author of Coming Home: The Birth and Transformation of the Planetary Era, co-editor of The Variety of Integral Ecologies: Nature, Culture, and Knowledge in the Planetary Era, and co-translator of Edgar Morin’s Homeland Earth: A Manifesto for the New Millennium. Along with his academic work, Sean teaches taiji and is a facilitator of the  Work that Reconnects.