Many of us have come to see the world as a series of separate objects and ourselves as individual entities that terminate at our skin. The present mainstream (agreed/taught) scientific world-view both comes from and upholds such a belief. It appears as fact. Our understanding of the world comes from the breaking down of a ‘thing’ to its smallest observable part. Thus the world appears to be made of a bunch of stuff that we believe we understand (and can therefore control).

Many of us ignore the complexities, intricacies and beauty of connections.

This mindset of separateness leads to the world-view that permits and justifies how we are treating this beautiful planet.

Let us consider our concept of power. It is easy to believe that power is not a concept, but an objective fact. Such a viewpoint is born of the dogma of the atom, the individual, the separate self. What if we can relate to power through the lens of Living Systems Theory and Deep Ecology? The world begins to shape-shift. So let’s put on our Systems glasses and take a look around.

Such power requires that there is someone powerful to hold this power. But this is actually the creation of fragility.

At present, power is a win-lose scenario. More for you is less for me. This can be stated as power-over or impact-over, we often call it cause and effect. With the present mainstream world-view and concept of power and separateness, it is easy to see how the belief that protection and security are necessary to us as ‘individuals’ and ‘nations’. Such power requires that there is someone powerful to hold this power. But this is actually the creation of fragility. Something powerful can be overpowered by a more powerful entity. Thus armies, thus control, thus prison, thus extinction. This is epitomised in modern interpretations of God. God is all powerful. He (so often he…) can be looked to, prayed to, or blamed for what happens in our world. This type of power is a historical, patriarchal tool of grasping fragile power to enable domination of others. It is what leads to racism, colonization, inequality, climate collapse and a host of other undesirable outcomes. But it is a mere story.

We can here reason that power-over is a belief system that is destroying society and the planet.

It is true that nature has its own forms of self-protection and security (such as the stings of a nettle or the spines of a hedgehog), but we must go a little deeper to see this subtle yet vitally important distinction. Take a seed. Seeds have a hard outer shell, a form of protection/security. But what does this enclose? It holds the true power inside of it and under the right conditions actually dissolves or breaks away to unleash the real power of what lies within; the plant/tree or whatever other life-form lays in waiting. What if this time has come for humanity? For the outer-shells we call power and security to split off, to be placed aside, appreciating what they have defended whilst allowing true, just, equitable and sustainable power to flourish and grow?

What if the story of power is not to control, crush or dominate but to enliven, to permit, to open?

Let us imagine a grouping of dots on a page. These are the separate ‘things’ previously referred to. Draw them if you will. Maybe 10 or 20 points on a blank page. Now imagine (or draw) some wiggly lines connecting these dots to each other. The lines all connect the dots and a complex pattern emerges. This is a system. It begins to look something like our own neural pathways. Imagine now that instead of 10 or 20 dots, there are 86,000,000,000. Each of these connects to others, thus all are connected. We see this in the Buddhist metaphor ‘Indra’s Net’. This system we are considering is a brain, an unbelievably complex system, but let’s remember that this is but one system within what we refer to as an individual (person). It is the enclosed brain that gives rise to consciousness. Now try to step back and image this ‘individual’ as one of those 86,000,000,000 dots. This, in a nutshell, is systems thinking. To understand, or at least acknowledge that the interconnectedness of all things is what gives rise to their being.

What a stunning, miraculous, unbelievable mystery.

We cannot begin to understand the beautiful complexity of such levels of connectedness. But this is how it is. It is in the mutuality of all things that the sacred earth arises. It is no wonder our science prefers to zoom in and attempt to understand everything as a single entity. Systems are far too complicated to truly understand as wholes, because every system sits within another, ad infinitum. We may have some understanding of a few interactions within systems, but the interconnectedness of all things is at the end of any thread we tug upon. What a stunning, miraculous, unbelievable mystery. To shift our belief systems toward one that views all things as interconnected miracles changes the way one thinks. It makes it impossible to pollute a river. We literally are the river. If this feels hard to navigate or wrap your head around, or sounds like nonsense, try holding your breath. If you find you struggle after a while (you will) you’ll see how the air is a necessary part of you. Follow that chain one more link and we see the plants and trees that exhale the air we breathe. As Thich Nhat Hanh so wonderfully says. We ‘inter-are’.

Mycelial networks are the perfect demonstration of the complexity of all living systems.

For a few hundred years only, many of us have come to see the individual object, the ‘thing’ (molecule, person, country, body) as the base of all things that form life. It is vital to notice that this ‘object’ is in fact the background. The individual is simply the visible body of the systems that birthed it. And remember; systems sit within systems within systems within systems. Spirals within spirals. Too interwoven to comprehend. Perhaps the dawning of such wonder is the reason that mushrooms have become such a fascination in the last few years. Their Mycelial networks are the perfect demonstration of the complexity of all living systems. More complex than we could have ever imagined, connecting soil life, trees, rocks, plants and animals in a cooperative, communicating web that permits life. The Mushroom is but the outcome. The visible expression of the greater system. Just like you and I are expressions of the systems that give rise to ‘us’. Many people are beginning to see these Mycelial networks as the neural pathways of the planet. I believe this to be true, but only partly. I believe there to be countless such pathways. I believe humans to be one of them.

We must interact gently, respectfully, with a sense of awe and an openness to mystery.

There is but one being that seemingly oversees these systems, and that is what we may call Nature (or Tao, God, Gaia, Pachamama, and so on). The best way to align to this mystery of inter-being is to align with how nature expresses herself. Generally, this does not mean an attempt to control or understand (this is the power mindset we referred to earlier), but to allow. To create the conditions in which mystery can flourish. She does this so beautifully! And us? We are part of this great system we call Planet Earth. We are part of this mega system we call the Universe. To act separately cannot be performed, no matter how hard the attempt to inflict power. Therefore, we must interact gently, respectfully, with a sense of awe and an openness to mystery. This is what sustainability looks like. True sustainability. This is also what love looks like. These two are connected, joined by a thread that also connects you and I, us and them, the oceans and humans, jaguars and cars, the moon and the iPhone. Everything impacts everything.

This brings forth the concept of power that enables the creation of a sustainable society. Synergy. Synergy is ‘power-with’, as opposed to ‘power-over’. ‘Power-with’ is cooperative and it creates a win-win outcome (it is not the assertion of force upon another, therefore both parties can benefit). Many of us will find this hard to comprehend, but power-with kindles the forces of synergistic activity. This is the beautiful dance of parts that creates the sum of more-than. It births something new and this new outcome is entirely unpredictable. There would be no way to know that the dance of hydrogen and oxygen would birth water. Such ‘things’ are emergent properties. You too are an emergent property. Emergence is mystery, which gives hope for the outcomes of the cooperative, synergistic systems that can be built by working together, by acting from within the web of life, not upon it. Who knows what impossible-to-predict beauty will occur?

The small-self that has come to be seen as the centre of everything is but one dot. A dot that sits within the web of all things. The way in which we view systems is simply a viewpoint, a decision. We can choose from where to view this system, and the current mainstream perspective has given birth to outcomes of separateness such as corporate induced climate catastrophe, unjust wars, greed, pollution, colonialism, starving children, poisoned water, dying oceans, mass extinctions. I say it is an impoverished way to see the world. Can we all come to view the planet from within its vastly complex web? This connected, whole, psycho-spiritually mature Sacred-Self is known as the Ecological-Self. It is an expanded-self; far greater than the one we currently know. This self can express it-Self as an individual in countless stunning ways, just as we see the diverse flowers blossom and hear the birds sing. Yet such uniqueness is simultaneously expressed as a voice in the choir of our planetary system. Systems within systems within systems.

From this perspective, take a moment of deep imagination to envision what Self-interest comes to mean. Of course, self-interest depends entirely on what self we refer to. Once we begin to experience, deeply and truly, that we are not separate things but interconnected expressions of a living system, then the river, the wolf, the neighbour, and the mountain as ‘other’ become inconceivable. Defending the destruction of a forest becomes an expression of Self-defence. Rainforest activist John Seed spoke this beautifully when he said “I try to remember that it’s not me, John Seed, trying to protect the rainforest. Rather, I am part of the rainforest protecting itself. I am that part of the rainforest recently emerged into human thinking”. What a stunning way to know the world. What an essential way. This is emergence in practice. This is reverence of the sacred truth of connectedness.

This is reverence of the sacred truth of connectedness. 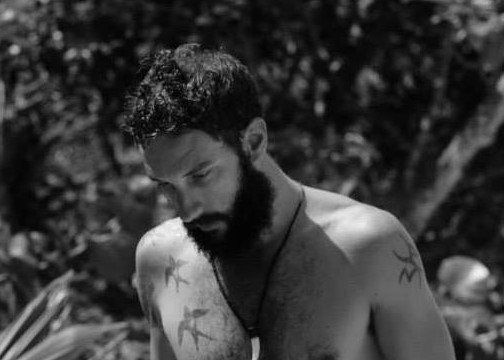 Ben Stopford is founder and director of Conscious Roots, a social enterprise developed to facilitate eco-cultural transformation through experiential retreats and workshops. A philosopher, regenerative farmer, writer and deep ecologist, he lives in the coastal foothills of Snowdonia, Wales, where he delivers 1-1 and group programmes in bio-regionalism and hosts multi-day retreats in the Work that Reconnects. He aims to weave his work into the emerging story of interconnectedness, reuniting the needs of humans and the more-than-human world to nourish eco-centric lives. You can find Ben at www.consciousroots.co.uk

One thought on “The Ecological Self”