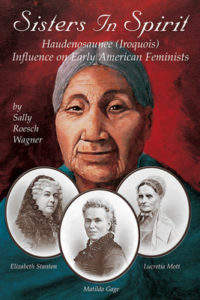 Matilda Joslyn Gage, Elizabeth Cady Stanton, Lucretia Mott, and other early feminists and suffragettes received their clear vision of what an egalitarian and cooperative society looks like from their neighbors, the native peoples of what is now called New York State. This book documents, through newspaper articles, books, and stories of personal experiences,  how these women and others admired and sought to emulate the Iroquois (Haudenosaunee) Federation’s lifeways and systems of governance, finding them superior to western competitiveness.

While I knew that parts of the U.S. Constitution are based on great ideas gleaned from the Haudenosaunee’s system of governance, I did not know that the Haudenosaunee culture  and its value of women played a huge role in inspiring the early feminists and suffragettes. It makes sense, however, when we wonder where these courageous women could have received such a beautiful vision for women and their rights. They did not have to rely on their imagination to break free from their entrenchment in the painful status quo.

Rather, they read and wrote newspaper articles of the day, reporting on the first people who lived nearby, their lacrosse scores, their meetings, and their lifeways. They ate with and visited with the women native to this land. “Gage wrote extensively about the Haudenosaunee, especially the position of women in what she termed their “matriarchaite” or system of “mother-rule.””

Inspired by the balance of power of men and women and by the high regard for the leadership of women in tribal and council circles, these western white women were able to create for themselves a vision and goal to help white Euromerican women participate in the guarantees of the Constitution of the United States.

I am not sure how we lost so much ground between these amazing feminists and their visions and hopes for American women, and the “model women,” that bizarrely painted and objectified sex object of the 1950’s and 1960’s. (Thank you, Hollywood and television). Gage, Stanton, and Mott published books and treatises, describing the balance of power and work, the comfortable clothing of native women (as opposed to the corseted Euro women), the communal nature women’s work, the presence of “Sky Woman,” a feminine and earth honoring deity, and the politics where women chose and could depose the chief, based on his honorable leadership and commitment to the community. Women were so honored and respected as life-bringers (babies and food) that rape was unknown on tribal lands. White and native women could freely and safely walk anywhere. This was not true in the towns, where women feared for their safety at the hands of men who saw them as property.

One terrifying thought kept recurring to me as I read. Could it be that it was not only the theft of land and resources that drove the Wetiko-infected white male dominant culture to annihilate the First Peoples, but also the constant reminder of the successful native culture and lifeway that honors the earth and women? There could be no co-habitation on the land if white women could observe and seek a better life for themselves, based on the good fortune they saw in their native friends. Could it be the desire to maintain the oppression of women that “justified’ the Trail of Tears and the slaughter of the buffalo- the main food source of these Earth honoring people, native to this land?

Sally Roesch Wagner writes, “Columbus described the world he ‘discovered’ as a virtual utopia- the happy, well-fed, peaceful inhabitants a mirror contrast to the militaristic, cruel, harsh world from which he had sailed.  What would have happened if he had asked, ‘How do you do this?’ rather than scheming how best to exploit the Natives (sic) and their resources.”

This is what Gage, Stanton, and Mott asked, and it must be our foundational question, too.

In my opinion, indigenous people have suffered greatly on behalf of white women. It is time for white women to humbly, once again, listen to the indigenous people who have suffered so much and who know how to live on this land. We need to break free from patriarchy, not just selfishly for ourselves, but for those who tried to show us the way. For all of us. For the Earth. 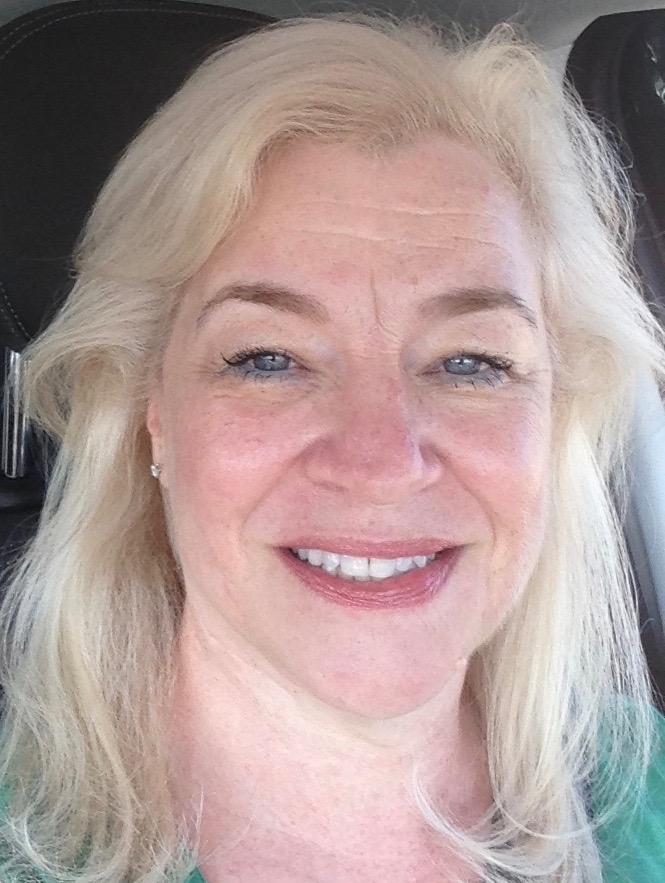 Martha O’Hehir is an educator and writer and has served as an editor or contributing editor for several publications, including the The Music Practitioner,The Orff Echo, and Reverberations. She wrote curriculums, elementary music and math, religious studies, and music improvisation for healing musicians. She is a facilitator of the Work That Reconnects and gives retreats and workshops connecting the Great Turning with the spirituality of Teilhard de Chardin. Ordained to interfaith ministry as an Eco-Chaplain in 2017, Martha aspires to bring greater consciousness to Earth stewardship as an act of spirituality, through her writing, music, and spiritual direction.