For the Buddhist tradition, it is not possible to have complete happiness in this world while a single being is still suffering.

“May all beings be free, happy and have peace” is the meaning of the Sanskrit mantra Lokah Samatha Sukinoh Bhavantu, one of the best known and most chanted in the yoga universe. This short chant that I, a yoga teacher, repeated class after class for my students, opened my heart to the need to really engage with what it asks. For the Buddhist tradition, it is not possible to have complete happiness in this world while a single being is still suffering. But in recent years, with well-being, positive psychology and self-care on the rise, capitalism has appropriated the idea of ​​personal transformation and made it a product. There’s nothing wrong with self-care – as long as it can expand into one’s surroundings, for if we are part of the web of life, the sense of improving ourselves is also to influence this living network.

Before continuing, it is important to say here that I live in the state of Rio de Janeiro, Brazil, right in the middle of a mountain range with forests, waterfalls, and what is left of the Mata Atlântica biome. Before the European invasion of these lands, Indigenous people, such as the Puris and Guarani, lived here. Today, only 12.4% of the original Mata Atlântica is still standing. I’m telling you this because my country, with its abundant biodiversity, needs to live radically with the loss of our living world. Indigenous peoples who still resist have to fight every day to protect their lands, while mining and deforestation grow, destroying sacred sites. So, how can one engage in an individual transformation that does not also consider these social issues?

Casa na Árvore is a regenerative space to share joys and anxieties about what it means to live in this world and, especially, in these deep times.

As a yoga teacher, environmental activist, and journalist, I once thought these passions of mine would never connect. There seemed to be no dialogue between the health of our bodies and minds and the health of the planet. That’s when I met Joanna Macy and the powerful Work that Reconnects. The yoga studio of which I am the guardian already kept the materiality of this meeting in its name “Casa na Árvore” (Treehouse). Nature has always been intrinsically present in my life and those of my students, even before we decided to let it speak through us. If before we were limited to the changes that happened on our individual mats, now Casa na Árvore is a regenerative space to share joys and anxieties about what it means to live in this world and, especially, in these deep times.

Opening our hearts to recognize the love

The first step of the Work that Reconnects – gratitude – connects us to the uninterrupted flow of love in our lives. The dominant cosmovision in the West works from a scarcity paradigm: there is a lack of resources for everyone and, therefore, it is necessary to compete to guarantee yours. In the capitalist model, this really happens, since few appropriate a lot, while many keep little, or almost nothing. However, this is not the only possible story about us. The natural world is extremely abundant and beings collaborate with each other for life to thrive. Many other worldviews, such as Yoruba and Fon, are informed by this abundant reality and experience a sense of prosperity that has less to do with material possessions and more with a sense of inner and communal wealth. 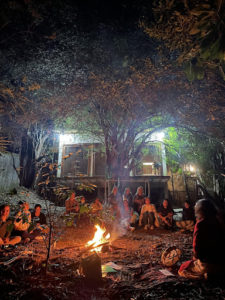 People sitting around a bonfire at Casa na Árvore

Here at Casa na Árvore, we take this step first by expressing gratitude for everything that surrounds us in this place: the trees, the birds, the water…then, we think about our lives and identify the abundances present in all areas. That way, our heart comes into play and we don’t just focus on the mind. I feel that the Work that Reconnects is an excellent practice for what the anthropologist Arturo Escobar calls “sentipensar” (feeling-thinking), where our mind works in favor of our feelings. This in itself is already beginning to change the history that a part of humanity has built on itself. After all, nature has languages ​​that require not only our mind, but our entire body to engage with it.

Pain for the world as a call to adventure

As Joanna Macy says, our pain for the world can be the beginning of a journey where we go out in search of our allies to build another reality. All those who have already engaged in a cause felt summoned by the feeling that “there was something wrong”. Here, at Casa na Árvore, we work this stage with yoga postures, dance and other movements that open our heart with kindness and then we sit in a group to share the pain that emerged. Sitting around and sharing is a powerful exercise of connection and recognition. By sharing, we find others who feel like us and who would also like to do something, but alone feel incapable. Under the blessings of an ancient jabuticabeira tree, we deposit our tears, as one of the practices suggests, and we realize that, just as we feel the Earth’s pain through us, we can also trust her to welcome and alleviate these feelings.

Seeing with new eyes, contracting the future and expanding the present

After going through the acceptance and resilience processes that the previous two steps bring, you need to continue. At this stage, we realize that the world was not given to us like that, as it is today, but was built by a worldview that is not the only one and, therefore, it can be otherwise. It sounds simple, but we are so used to seeing ourselves and the world in a certain way that practices like “Who are you” and “What manifests through you” already open up a field of infinite possibilities. Rethinking time and the sense of community, as sociologist Boaventura de Sousa Santos says, leads to a “contraction of the future and expansion of the present”, in which we focus on the multiple experiences that different groups build on being alive, abandoning the idea of a single desired future, to create space for the many possible narratives. 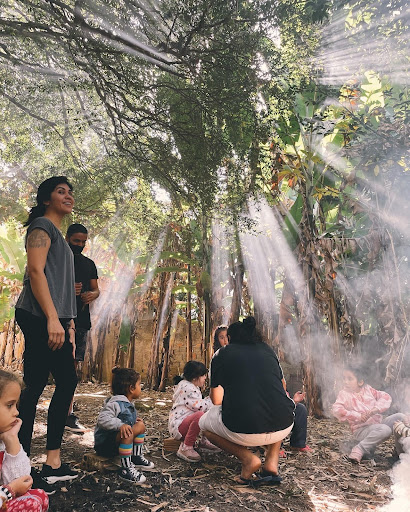 Children and adults in the middle of a forest in Mata Atlânticat, Brazil. Sunlight enters through the trees

Moving forward and sustaining the transformation

After opening, contracting, expanding and stretching it is necessary to move on. Here, perhaps, is one of the greatest challenges: to go to the world without belonging to the world; to live the mourning of the world that dies while the one that is being born is gestated. As writer Eduardo Galeano would describe it, this is the moment when “there’s another world in the belly of this one, waiting. Which is a different world. Different and difficult to give birth. It is not born easily. But it certainly pulsates in the world we are in”. The practices suggested by the Work that Reconnects help us in this support, to stand firm in the face of the chaos that presents itself, with one foot in the current reality and the other already directing the walk towards the dream – towards the possible utopias. Here come the vows, repeated as many times as necessary; the study groups, to support the challenges of the path; and the blessings to continue strengthened and compassionate as the warriors of Shambhala that we are. 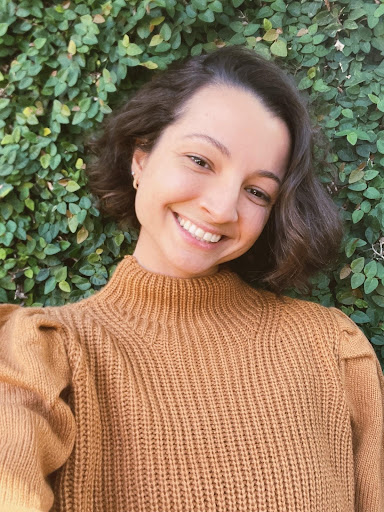 Talissa Monteiro is a writer, journalist, and guide of regenerative practices in southern Rio de Janeiro, Brazil. Her texts are mainly dedicated to listening to the voice of the Earth and other non-human beings. It is in the middle of a forest, with feet on the ground, watchful eyes and an open heart where she has clues on how to nurture more resilient and loving relationships with life on the planet. She is currently researching ecological ethics and the knowledge of traditional peoples for a Master’s degree in Philosophy. Weekly, she writes in the newsletter https://talissamonteiro.substack.com/ and, occasionally, on Instagram @talissamonteiro.